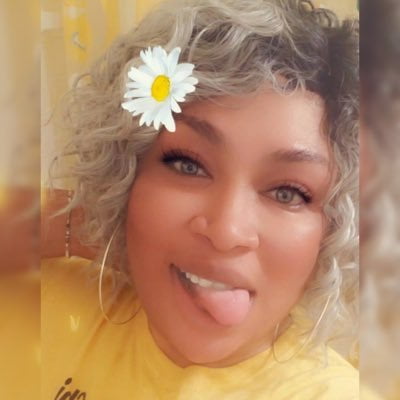 A storm of of mixed reactions by Nigerians has greeted a story of a Nigerian lady identified only as Mimi on the micro-blogging site, Twitter, accusing her former boyfriend identified as Mr Jack Robinson, of defrauding her with Jazz.

Naija News had reported that earlier that the story of the former “love birds” blew up on Wednesday morning, February 20, when both “Jack and Mimi” started trending on Twitter.

While Mimi shared stories and receipts detailing the amount of money she sent to her former boyfriend with the claim that she made the transactions without knowing what she was doing, Jack, on the other hand, claimed Mimi was spending his money.

Though both did not reveal when their now ended relationship started while giving updates on Twitter on Wednesday, Naija News reported that Mimi and Jack started dating in October 2018, a chat Mimi had with our correspondent revealed.

Mimi had taken to Twitter to reveal that she had in less than 3 months, sent $20,000 to Jack, adding that she sent him $600 for air pods the first week she started talking to him.

“In less than 3 months I have sent this guy $20k of my own personal money and when I was doing it I had no idea all I know is that I was saying yes to his every command. First week of talking to him I sent him $600 for air pods,” she tweeted.

“Imagine my sister asked me to send her just $500 but instead I sent the idiot $1800 that week and told my sister to wait. Is that normal? Thank God my eyes are cleared now. We live and we learn. Go and meet your cele pastor cause I and my mother will be ready for anything,” she wrote on Twitter.

On the other hand, Jack debunked the allegation, saying he still has chats where Mimi told him the amount she has ever sent to him.

“Heard the idiot said she gave me $20,000 LMFAO, is this the lies you told your friends? I still have chats of you telling me how much you’ve ever sent me. Do you want me to post? Mimi!! Lmao,” Jack tweeted.

Nigerians took to the micro-blogging site, Twitter to air their opinions on the matter.

Dear men, while everyone is trying to troll Jack, here is a valuable lesson:

Mimi spent on him because she loved him, wanted him. He didn't want her.

Ask yourself, how many girls have you spent on? How many are currently with other men?

Sub Delivery Zone posts the stories, then one Jack Bauer comes to you looking to help you talk to them to take it down. You pay Jack, SDZ takes the story down. It’s called blackmail. If you are willing to make a report, let me know, here, the Police is your friend!

Babalawo: Send me her palm and all your wishes shall be her command

Just what if the Mimi and Jack story was staged

Yesterday a woman’s rights activist was arrested. The presidential elections is in three days.

But somehow we are clearly more bothered about gossip and tales.
We are an amazing people, aren’t we?

Mimi: I have a house in lekki

Jack: that meins I we sleep there

Jack: Send me a pic of your palm

Mimi: I love you dear

*At The Catholic Church*

Reverend: may the peace of the Lord be with you

Congregation: and also with you

Reverend: may we offer each other the sign of peace (ie shake one another)

Jack is Religion, Mimi is religious!
Range Rover is the tithe! ~FRZ
??????? pic.twitter.com/JojHgv3A0C

Jack and Mimi's story is the biggest unnecessaries that's happened this year.
We all are just hyping it because we're extremely bored.
Fuck you both for thinking we believe in the digital jazz bullcrap

You have seen theirs and you still sent yours to him …. Mimi why ? pic.twitter.com/RGnuCXYifE

@ Jack and Mimi If u want to give us gist make a thread. I can't be looking for scattered gist. I have puzzle pic.twitter.com/61yAzanvL7

Jack: Put the car in my name.

Mimi: Do you want my name in your name too?

Jack: don't worry, we are getting there, meanwhile DHL your pants

Mimi: with period stain or clean?

Oloni when she sees what Mimi did for jack. pic.twitter.com/ge2KUDRqVt

This jack and mimi story ehhh…..

On this same app ladies are giving guys $20k

please guys are you sure we are using the same twitter App ?

You asked Mimi to send the inside of her palms to you, anyone who is spiritually inclined knows the meaning. If you hypnotized her, I wouldn't know.
But, more scary when you asked the other girl to send her pant to you grom USA. This girl did her best to bring you to the USA…

Jack: Baba, that jazz from the palm of that girl Mimi, the one you gave me to collect money for Airpods and Range Rover haf spoil o. She now has the audacity to drag me all over Twitter NG

In less than 3 months of dating, Mimi sent Jack these:

Jack's dick must be a premium version. A king, I Stan Pa. ?

The moment Somto realized that there are levels to this finesse thing ?#Jack #Mimi pic.twitter.com/GgUzke5U06

If Jack Texts Mimi About Her Palm