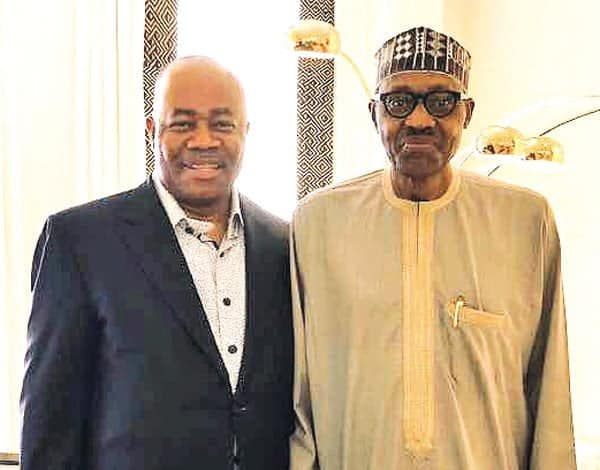 Godswill Akpabio, Former Senate Minority Leader and Senator representing Akwa Ibom North West, has reacted to a letter allegedly written by him to the President titled: “Gratitude for your marvellous support to Akwa Ibom APC”.

Through his media aide, Anietie Ekong, in a statement yesterday night, he described the letter as a poorly crafted piece of forgery and the figment of the imagination of the authors.

He said: “A cursory look at the letter reveals the fakeness of the contents. For instance, the complimentary closing line reads, “Yours sincerely” and “Yours faithfully” in one letter!

“With an imminent defeat in the coming polls, we have always known that desperate politicians will be up to some tricks to gain some political mileage, but we never imagined they could go to the extent of committing forgery just to malign an opponent.

“Fortunately, the perpetrators are not ghosts. We have alerted security agencies to be on the lookout for those who have either published or shared the sham document for an invitation to shed more light on its source.

“Once again, we wish to assure the teeming supporters of Senator Godswill Akpabio and the All Progressives Congress (APC) in Akwa Ibom State and beyond to remain focused, steadfast and unshaken in their commitment to resoundingly vote for President Muhammadu Buhari and all candidates of the party in the coming elections.

“According to the immortal words of the great Spanish writer, Miguel de Cervantes, “truth will rise above falsehood as oil above water.“”