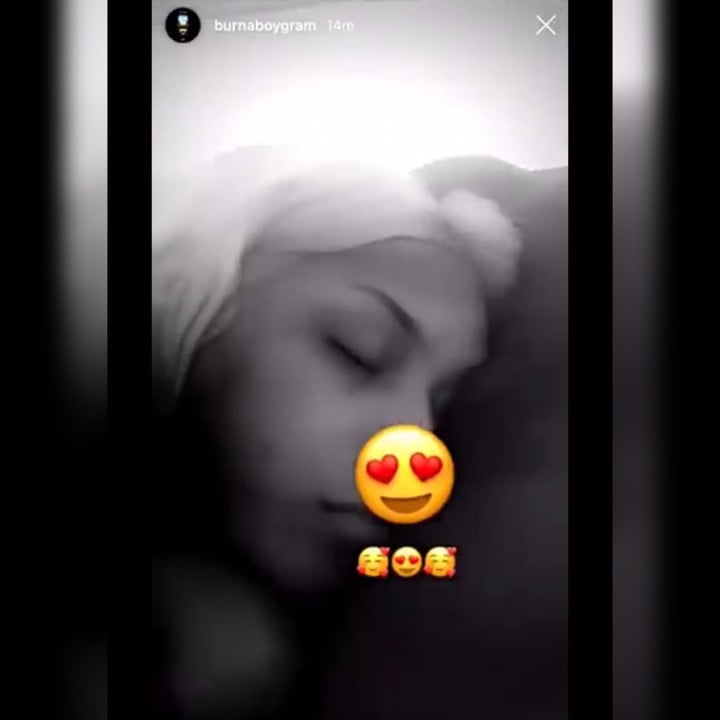 Naija News had reported earlier that Burna Boy shared a nine seconds video of a “loved up scene” with the British rapper on Monday night, February 11.

The video which was sighted by Naija News, showed Stefflon Don lying on Burna Boy‘s body while the “Ye” singer filmed the moment. It appears Stefflon Don was sleeping when the event took place.

Meanwhile, Naija News reports that Stefflon Don is a British rapper from Hackney, London who is best known for her 2017 single “Hurtin’ Me” featuring French Montana, which peaked at number 7 on the UK Singles Chart.

Burna Boy, on the other hand, took the 2018 Soundcity MVP Awards Festival by a storm, emerging the biggest winner at the ceremony.

He emerged the biggest winner at the 2018 MVP, beating off fierce competition from Wizkid and Davido to win in four categories