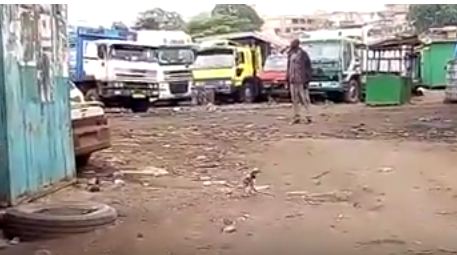 A video showing two rats in a tough fight has emerged on the social media.

It was learned that the weird scene occurred in Ghana, West Africa.

The one minute, fifteen second video was shared on the micro-blogging site, Twitter, by @TrailerJamShow.

In the video, eyewitnesses could be heard talking about the fight in Ghanaian language, this was even as the rats clashed uncontrollably as they moved from one point to the other while their tussle lasted.

Watch the fight below…