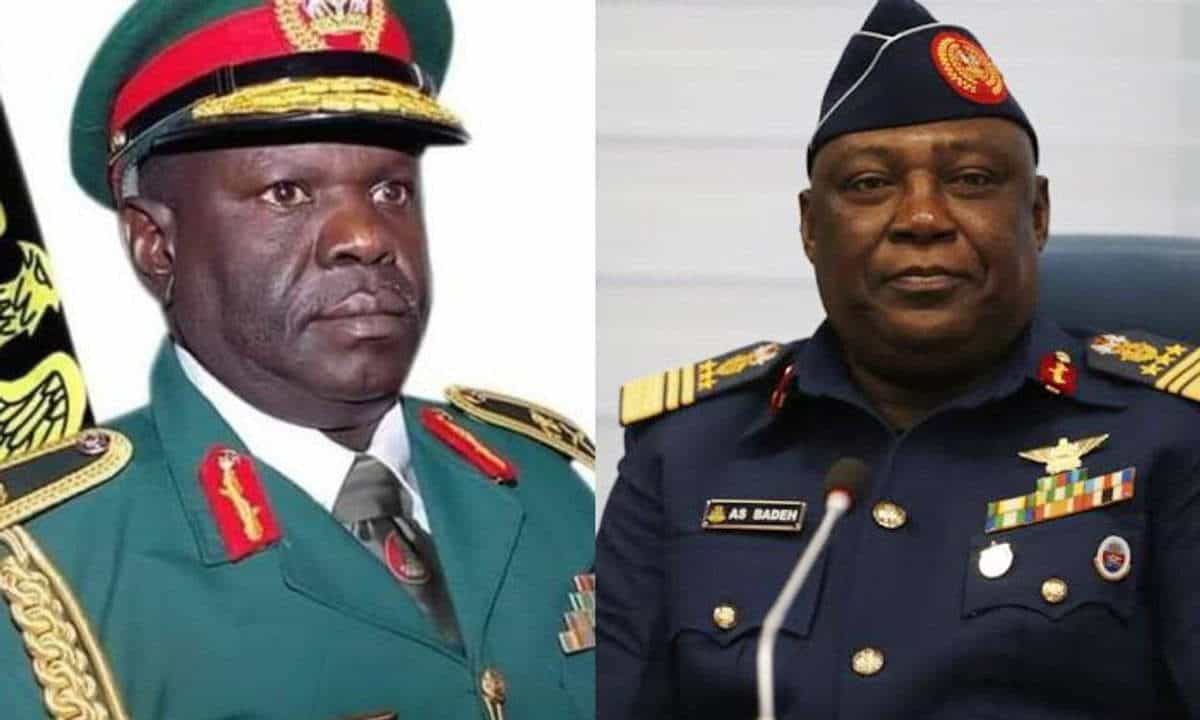 Alkali was allegedly killed by a gang of protesting youths along Jos-Bauchi Road on September 3, while Badeh was gunned down along the Abuja-Keffi Road by suspected assassins on December 18.

ISSA, a non-governmental organisation with a worldwide membership of professionals involved in national and international security and strategic policy, stated in a special report on Friday that the two men were killed to hide what it described as the pattern of corruption in the current military leadership in the country.

A Washington-based group, International Strategic Studies Association, has stated that the death of a former Chief of Air Staff, Air Chief Marshal Alex Badeh, and that of a former Chief of Administration of the Nigerian Army, Maj.-Gen. Idris Alkali, was not a mere coincidenc… pic.twitter.com/wpcj8549Ks

Naija News learnt that, the report alleged that Badeh was murdered to prevent him from divulging in court details of corruption which it said had grown even more rampant in the current defence leadership.

The report noted that the President was unwilling to publicise the findings of the arms panel which was presented to him over a year ago.

It added, “The commission investigating defence procurement from 2007 onwards made significant strides which were initially accepted by the Buhari government, until the scope of the inquiry went beyond the period relating to the former government of President Goodluck Jonathan and began to show corruption patterns extending into officers still serving under President Buhari.”

It said the pending 2019 elections of a new government may prove the undoing of a significant number of generals, admirals, and air marshals “who lost the war because they concentrated solely on using the conflict as a way to boost defence budgets, which they then, to an overwhelming extent, stole.”

The report stated, “The level of panic among the senior leadership has now reached the point where senior government, military, and national security staff have been attempting to suppress — through assassination and intimidation — the members of the official commission of enquiry established by President Buhari when he first took office, to investigate defence procurement corruption.

“Given the upsurge in momentum by ‘the highest levels of government’ to stop the findings becoming public from the Corruption Commission on Defence Procurement, it is plausible that the attribution of a criminal ‘kidnapping-attempt-gone-wrong’ against the Air Chief Marshal was a convenient excuse to ensure that the victim — Badeh — could not divulge in court the pattern and details of corruption which has grown even more rampant in the current generation of defence leadership.”

It blamed the massive corruption among top military chiefs appointed by President Muhammadu Buhari as the reason Nigeria was losing the war against Boko Haram.

The group submitted that the Federal Government had completely and comprehensively lost control of the engagement with Boko Haram and could show no instance when the government had tactical, theatre, strategic, or information dominance of any aspect of the conflict. According to the report, the insurgent groups were growing stronger and the government forces growing weaker and more beset by morale collapse.

It said, “It is fair to say that the Nigerian intelligence community itself is no longer sure what groups even comprise ‘Boko Haram’, nor has it addressed the international logistical, ideological, and support aspects contributing to the ongoing viability of the groups.”

The report further stated that the leadership of the military, rather than concentrating on how to defeat the insurgents, were preoccupied with how to stop the leakage of information about the massive corruption that had taken place on the pretext of fighting Boko Haram.

It added, “The conflict will almost certainly prove the undoing of the present government of President Muhammadu Buhari at the February 16, 2019, presidential election.

“Despite this, the only significant engagement which the Nigerian military leadership – up to and including the National Security Adviser, Maj.-Gen.(retd.) Mohammed Babagana Monguno – seems to prioritise is the fight to stop the leakage of information about massive corruption, running into the equivalent of several billions of dollars, in the purchase by senior military officers of major military capital goods and military consumables, including the troops’ own food.”

“The conduct of the war in the North is tied to the corruption in the military, and Buhari — ring-fenced by his own team — is unable to tackle the issue.”His poor health does not help, but he had always, even as a military president, been indecisive and vindictive.”