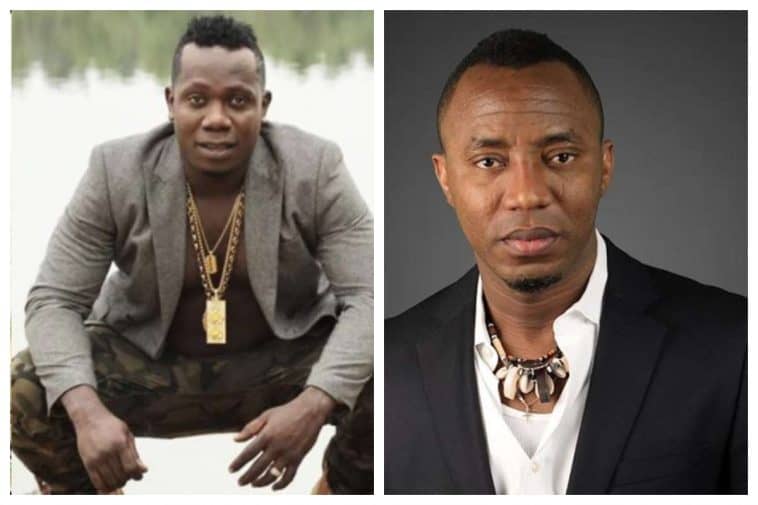 Ahead of the 2019 election, Nigerian singer, Duncan Mighty, has shown interest towards been the running mate to Action Alliance Congress presidential candidate, Omoyele Sowore.

He revealed this in a video posted on his Instagram page. In the video, he expressed his interest in being a running mate to the presidential candidate of the AAC, Omoyele Sowore.

Duncan described Sowore as a “very intelligent Nigerian youth” while noting that his vice-presidential candidate, Rabiu Ahmed Rufai a doctor and public health expert, is not doing enough on the campaign front.

“Nigeria needs solution experts who are able to go into the street. A man like Sowore needs a man like Duncan Mighty to tell him whatever you say can be done.

“Someone was telling me that Sowore already has a vice-presidential candidate and I went to his page and realised that this guy is a doctor and he has only 15 posts of pictures.

“It is high time we realised that it is not only when Mr President travels that the vice-president should work. Go to Sowore’s page, you will realise that he has over 543 posts concerning how Nigeria is going to get better.”