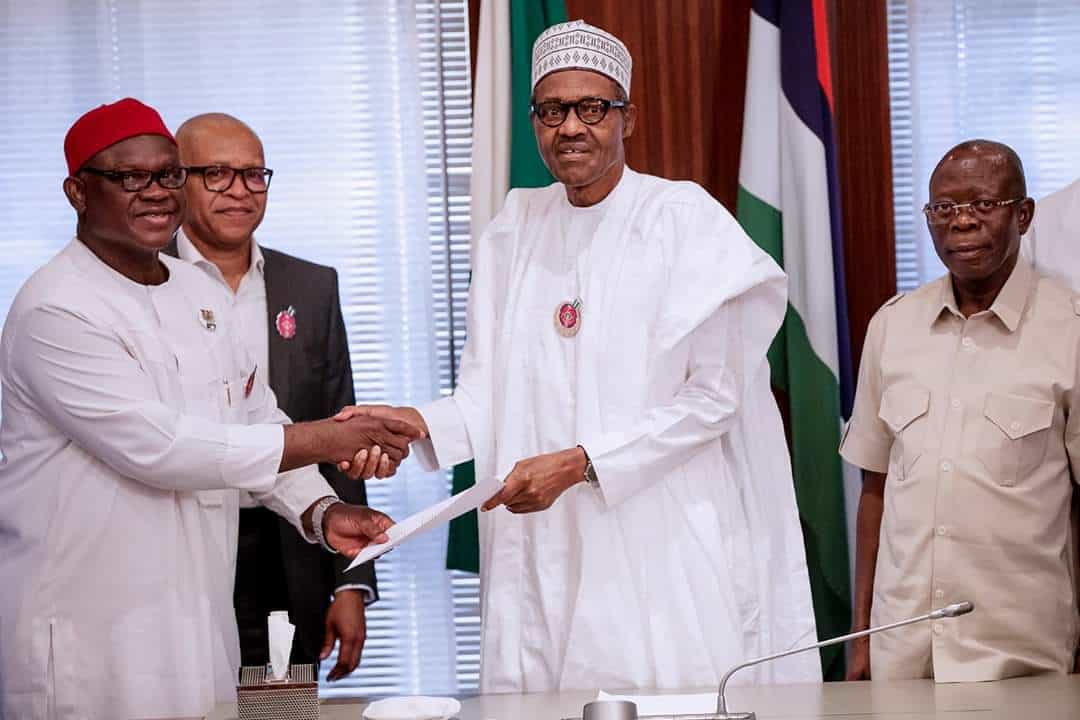 The United Progressives Party (UPP) has adopted President Muhammadu Buhari as its candidate for the general elections in 2019.

UPP National Chairman, Chekwas Okorie, disclosed this to State House correspondents after meeting with the President on Friday in Abuja, the nation’s capital.

The leaders of the delegation, Engr. Emeka Ekwuosa and the Nat’l Chairman of the United Progressive Party (UPP), Chief Chekwas Okorie, informed President Buhari that the Igbos and South-easterners generally understand the good things he is doing for Nigeria.

Mr Okorie said the adoption of President Buhari would be further confirmed when the UPP leaders meet on Tuesday next week.

He also denied reports that the people of the South East region have thrown their weight behind the presidential candidate of the Peoples Democratic Party (PDP), former Vice President Atiku Abubakar.

Someone will say the United Progressive Party have no right to determine who becomes the next president of our country because we have no presidential candidate..

UPP stands for idealistic propositions from these candidates and will adopt a candidate.

The President stressed that although the forthcoming elections should not be a do or die affair, he would never support the opposition party to lead the country.

“Let anybody lead this country but not the PDP,” he was quoted as saying in a statement by his Senior Special Assistant on Media and Publicity, Mr Garba Shehu.

The President added, “They (PDP) were so reckless with the resources of the country. The state of infrastructure we inherited was terrible – no roads, the railway was killed and power.“They lacked conscience because anybody with a conscience will not do what they did. We will report them to Nigerians.”