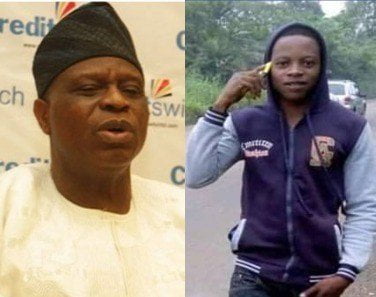 As earlier reported by Naija News, the cook, barely four days into his employment as a domestic staff in the business man’s home, attacked and killed his boss.

The suspect, went away with several valuables but left evidence in the form of the knife used to stab his former boss in several places.

The police, following the incident, declared the cook wanted in connection with the murder.

The PRO of the Ondo state police command Mr. Femi Joseph, confirmed the arrest today, saying the suspect will be paraded later in the day at the headquarters of the command.