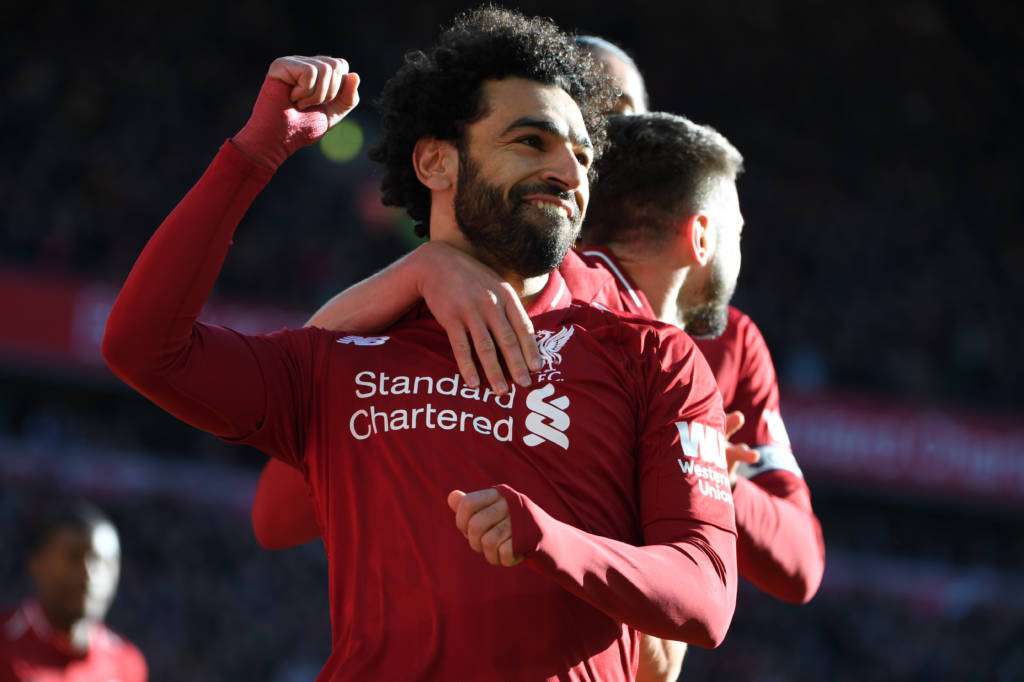 The Reds thrashed their opponents 4-1 with two Mané goals

Liverpool are the leaders of the Premier League. At least until Monday. This Saturday, playing at Anfield Road, the team could have solved the quick game, but beat Cardiff 4-1. However, it was due, and was far from making a great match. The goals were marked by Salah, Mané, twice and Shaqiri, while Paterson discounted in favor of the visitors.

With the result, the Reds provisionally assumed the leadership of the Premier League, adding 26 points. However, they have to wait for Manchester City, who play only on Monday against Tottenham in London. If the

Citzens win, take back the lead, by the balance of goals.

Next Saturday, the team led by Jurgen Klopp picks up Arsenal at Emirates Stadium at 2.30 pm (GMT). On the same day, Cardiff will host Leicester. Both matches are from the English Championship.

Pressing from the start, Liverpool took the lead at nine minutes. After a cross from the right, the Cardiff attack was badly cut, and Mnaé’s blocking was blocked. The round was left with Wijnaldum, who also kicked over the defenders. On the left, and well positioned, Salah, opened the scoreboard.

Commanding the actions of the confrontation, the Redsalmost extended three minutes later. Salah crossed from the left, looking for Van Dijk. The Dutch defender tested firmly on the beam. Before, goalkeeper Etheridge made the save, avoiding the second goal.

In the sequence, the defense of the visitors, who insisted on delivering, got in the way again. Wijnaldum took the ball and threw Salah, but Etheridge left the area and managed to disarm the Egyptian.

Even though he was far superior to his opponents, the team led by Jurgen Klopp did not make the second goal, due to over-pricing. Before the final whistle of the first half, Firmino played for Moreno, who went to the bottom line and crossed to Lallana. The English nodded, but Morrison cut off the line.

In the second half, Liverpool continued without killing the game, with the pace well diminished. In the eighth minute, he was almost punished with the Cardiff goal, scored by Murphy. However, the flag saw an impediment in the bid and canceled the goal of the visiting team.

The attempt made the Reds wake up for the match. In the 14th minute, in exchange for quick passes, Alberto Moreno crossed, and the ball slid in the arm of Hoilett. Even with the penalty kicks, the referee sent the move to follow, correctly.

Six minutes later, the second goal at Anfield Road finally came. Firmino fought for the ball on the left and rolled to Moreno. The side hit Mané, who tried to find space for the kick and almost disarmed. Then the Senegalese fought for the ball and stoked the networks of Cardiff.

Apparently dead, the visitors managed to lower the bill. Hoilett plays the right side and crosses the underside. The ball hit Van Dijk, and Paterson attentive, anticipated the Brazilian Alisson and deviated to score. Liverpool did not take a home goal for the Premier League since February this year.

But, it did not give time for many scares. After 38 minutes, after a good exchange of passes, Shaqiri received the area, cut the defender and slapped his left leg, scoring the third. Three minutes later, Mané pulled the counterattack in the midfield and rang for Salah, who threw the shirt 10 in depth. The Senegalese came out on Ethergide’s face and hit by cover. The tight win had been thrashed.