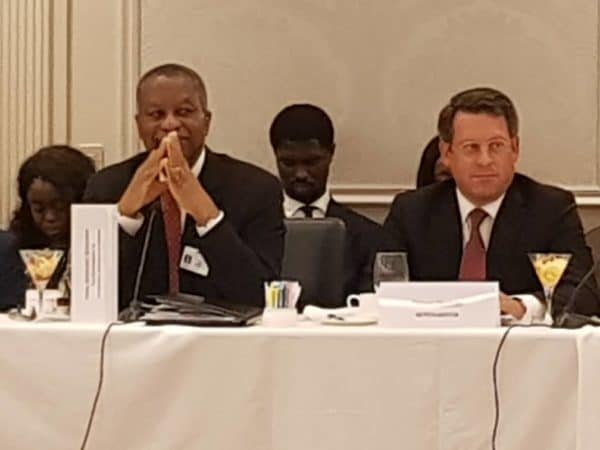 The Geoffrey Onyeama, the Minister of Foreign Affairs, says a UN joint delegation will visit Maiduguri, Bama and Abuja first week of October, to scale up its humanitarian intervention in the crisis affected areas.

Onyeama made this known on the sidelines of the 73rd UN General Assembly in New York, after meeting with the UN team leaders.

According to the minister, the team will be led by the UNDP Administrator, Mr Achim Steiner and UN Emergency Relief Coordinator and Head of UN Office for the Coordination of Humanitarian Affairs (OCHA), Mr Mark Lowcock.

He said that the joint UN Development Programme (UNDP)-OCHA Principal-level mission was part of the world ogranisation efforts to support the victims of Boko Haram insurgency in the region.

Onyeama said that the visit was sequel to the High-Level Conference on the Lake Chad Basin Crisis in Berlin, where the international community committed to a comprehensive crisis response in the Lake Chad Region.

He explained that the conference was held at the beginning of September in Berlin on the humanitarian and development efforts on the Lake Chad Basin area.

Onyeama said that the visit was aimed at discussing with senior government and donor officials in Nigeria on how to further strengthen humanitarian and development responses, including national and local ownership in the northeast.

“We realised that we have to now move towards the development stage; they also want to hear from the Nigerian government what they should be looking at.

“And of course, it is about reconstruction, rehabilitation and resettlement; it is about creating an environment for economic growth which will require school education and also jobs.

“This is what we are looking at and UN where they can invest the resources and the technical aspect,” he said.

The UN had said in a statement that the objectives of the joint UNDP-OCHA Principal-level mission, was to address humanitarian, resilience and stabilisation needs of communities to prevent a protracted crisis in northeast.

“The urgency to make progress on the New Way of Working (NWoW) by the UN Country Team and the Humanitarian Country Teams (UNCT/HCT) has been amplified by large-scale humanitarian needs and the related imperative to address the root causes of the Lake Chad Basin crises in a comprehensive and sustainable way.

“Accordingly, the Nigeria UNCT/HCTs are jointly working on formulating collective outcomes which will guide planning and interventions of humanitarian and development actors,“ he said.

The world body said that pragmatic pilot projects were currently being set up, where several agencies can work together in a defined geographic area to address immediate support needs in the area.