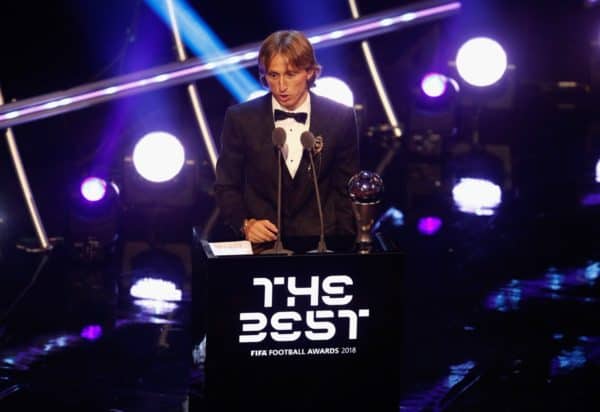 Croatia and Real Madrid Midfielder Luka Modric has been awarded Best FIFA Men’s Player Award, just weeks after he was named UEFA Player of the Year.

The voting for the award was done by coaches, team captains and media men from FIFA nations.

Just like in the UEFA award, it was the first time, there is a new name on The Best FIFA Men’s Player trophy. Cristiano Ronaldo won the previous two awards.

The Croatian was the metronomic lynchpin at the heart of Los Blancos midfield throughout the 2017/18 campaign.