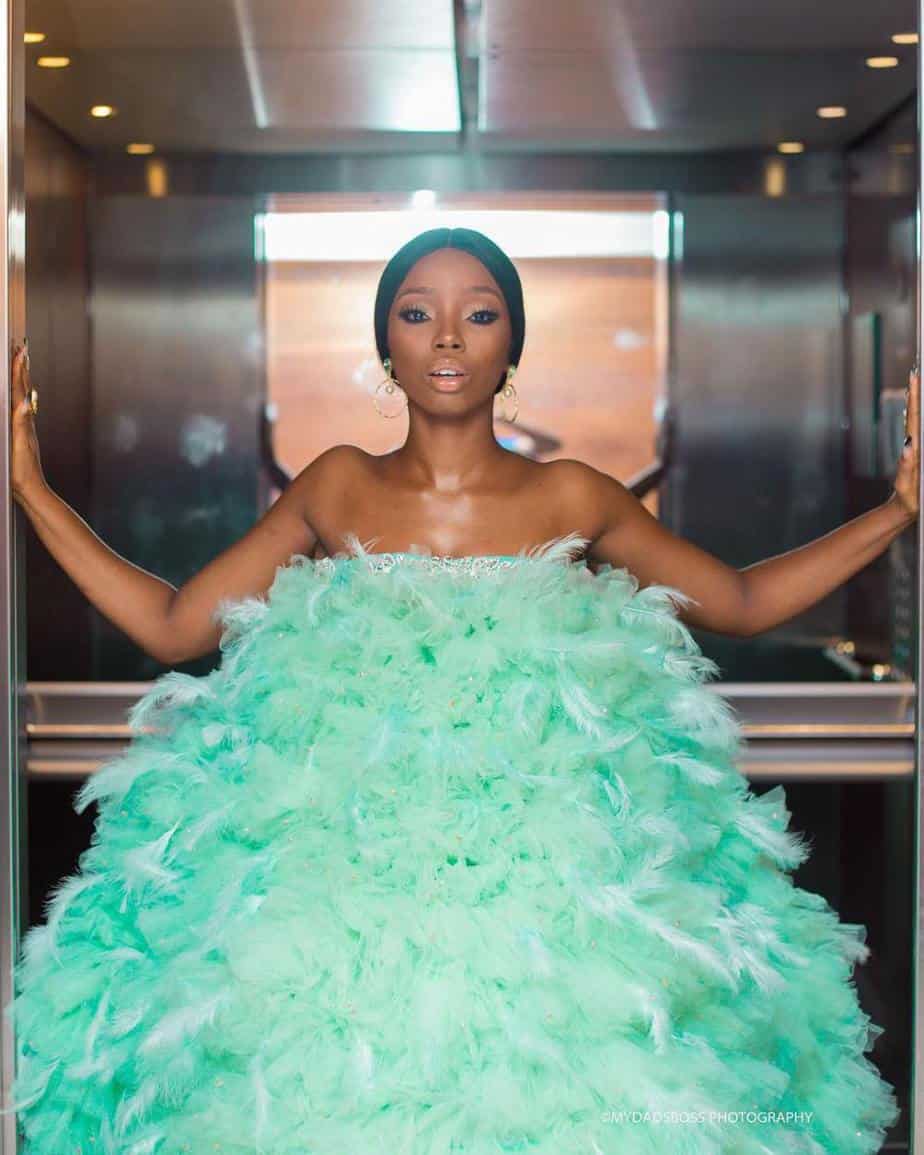 Bambam Reveals That It Took Her A Week

The Africa Magic Viewers Choice Award, AMVCA, which was created to appreciate celebrities in the movie industry for their hard work and creativity was held at the Eko Hotels and Suites.

The award which was held in Lagos state was graced by many celebrities and their different dressings had been a trending topic on social media.

Former Big Brother Naija 2018 housemate, BamBam, who was also present at the Award had been subjected to criticism for her dressing to the event.

She has taken time out to reveal how long it took to complete her dress, and further stated that the dress was inspired by Guardian Life.

Bambam stated that it took her about a week to put the dress together.