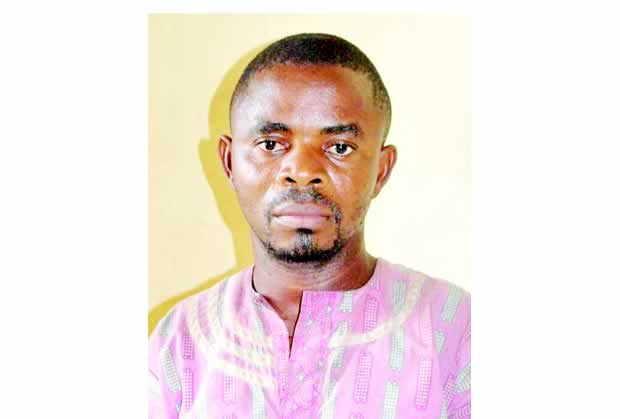 I Didn’t See It As An Offence Until My Arrest

One God’stime Okon, has been arrested by the Niger State Police command, for allegedly raping an 11 year old girl in By-Water Area, Lambata in the Gurara Local Government Area of the state.

Report has it that the victim was allegedly lured by the suspect into his room where he forcefully had carnal knowledge of the girl and thereafter warned her against informing anyone.

The incident was learnt to have taken place sometime in July 17 this year.

Okon had engaged in rape of minors for many years before he was apprehended, Naija News learnt.

The suspect while speaking with Punch revealed that he was attracted to underage girls,stating that he found it difficult to exercise self-control.

“It has become part of me; anytime I set my eyes on small beautiful girls, I got aroused and it has been affecting me adversely.

“Even If I am on a bike, I will stop and say hello to the girl before I continue on my way and it’s something I cannot control, honestly,” he said.

The suspect who is presently in the police custody, said he did not see it as a criminal offence until he was arrested.

Okon however regretted his action and asked for mercy from the parents of the girl, promising to turn a new leaf.

Muhammad Abubakar, the state Police Public Relations Officer, said the suspect had confessed to the crime during interrogation.

Abubakar admonished parents to always know the whereabouts of their children especially girls to protect them from sexual predators.

He added that the suspect would be charged to court after investigation.