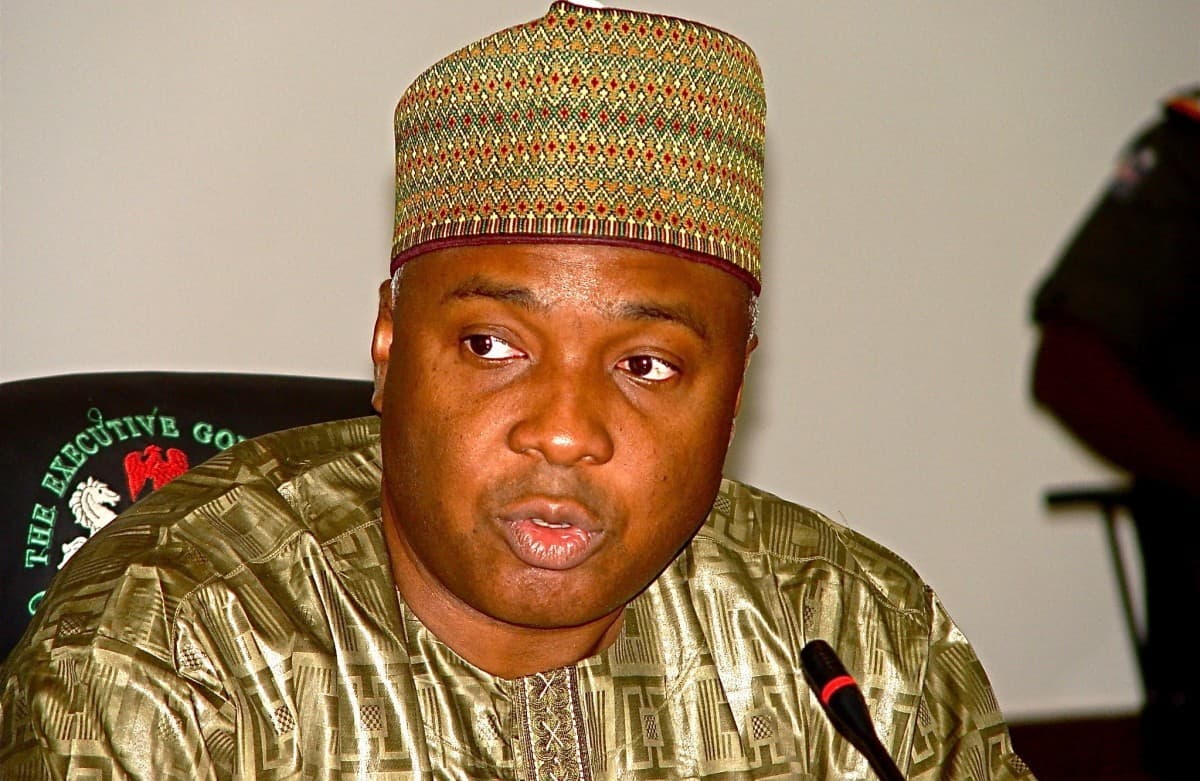 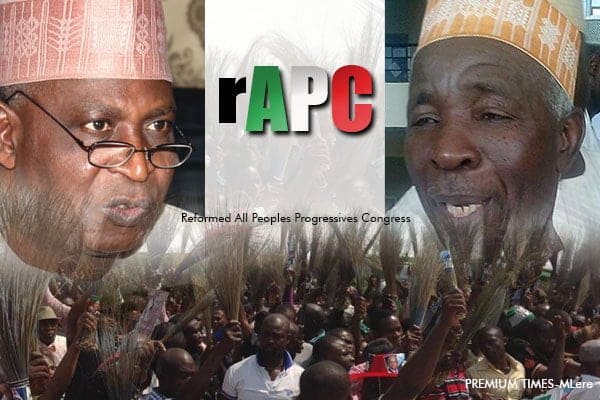 Abdullahi Adamu Describes R-APC Is A 419 Group, Says Saraki And Others Are Using The Group As A Cover-up For Felonies Committed

Senator of Nasarawa west senatorial district, Abdullahi Adamu,  has described the “reformed” All Progressives Congress (R-APC ), a breakaway faction of the ruling party, as a 419 group.

In an interview with reporters at the APC headquarters in Abuja, the lawmaker  also noted that the Senate President, Bukola Saraki seems to be the brain behind the group.

He explained, “He (Saraki) has benefited more than any single new PDP person and he seems to be the arrow head of this resistance of betrayal,” he said.

“I told you that the nPDP is fake. I told you these are the people who have got felony that they are hiding from and that want to use their positions in the party and national assembly as a veil to hide from the felonies they have committed.

“And the whole thing they are fighting for is not for service to Nigeria but service to their interests. I did tell you that they are staying in APC to cause more maximum possible damage. I made that clear here. I have been proven right. I told you about the noise that they are talking about that they wanted to stay and work with the family of APC but they are just trying to create the type of impression that they had a raw deal.” He added.

Asked if the splinter group constitute any threat to the party in 2019, he said: “The issue of threat doesn’t arise. I don’t feel it in my body. I have been in politics, if I am modest, may at least be forty years. I have contested elections and never lost.

“I have operated at the local government level; I have operated at national assembly level; I have been governor in this country; I have been secretary of the board of trustees of PDP and I am a second term senator today. I have seen enough in Nigeria’s politics far and from what I have seen the indicators are we are dealing with 419ners, I call them 419ners; I don’t hide it.

“How many of them can go to their constituency? I don’t call them Abuja politicians because they don’t deserve that accolade. These are just 419. These are guys who go from place to place. The truth is that if Saraki and the rest of them genuinely feel aggrieved and want to go, out let them go out there.

“Three weeks after the convention, we are hearing that some riff-raff have formed something called RAPC.”