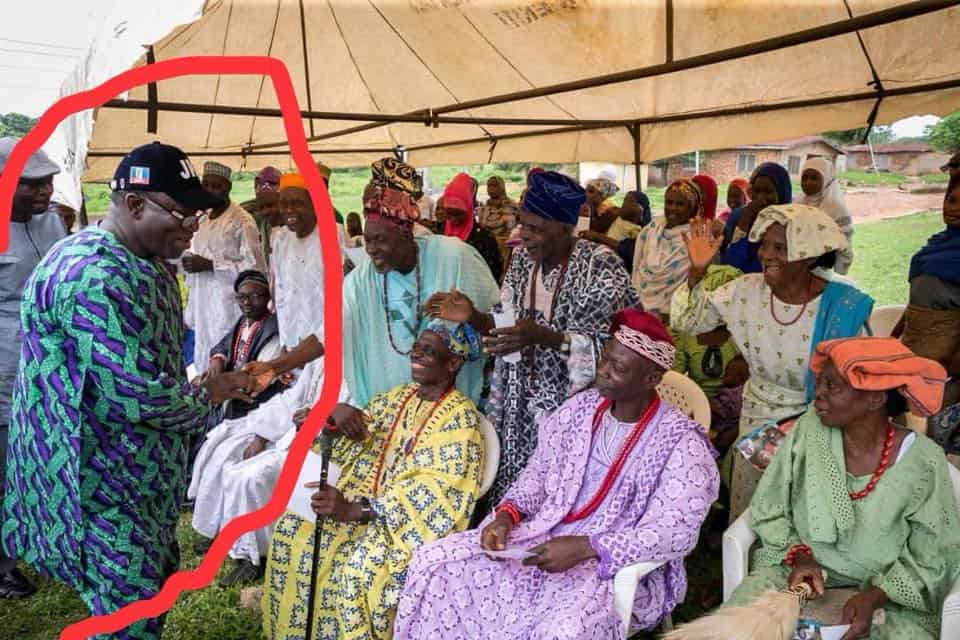 Dr. Kayode Fayemi, the flag-bearer of the All Progressives Congress (APC), seems to be very scared for his life as he appears have worn a bulletproof vest under his Buba during a recent campaign outing

His decision to wear a bullet-proof vest is not unconnected to a recent incidence where a policeman ‘accidentally’ shot Hon. Michael Opeyemi Bamidele (MOB) during a political rally in Ekiti State.

Meanwhile, Dr Kayode Fayemi, has concluded his visits to all the 133 communities across the state ahead of the July 14 poll to seek support of voters.

He said he will provide visionary leadership through his Eight-point Agenda to redirect the state to the path of growth and development after four years of rudderless leadership of the People’s Democratic Party (PDP).

Fayemi also warned Governor Ayodele Fayose against illegal collection of workers’ voter cards through coercion, saying the voters have inalienable right to vote for candidate of their choice.

Opposition Party Is To Blame For Plateau Killings – BMO

2019: Bury The Hatchet And Work For APC’s Victory- APC Edo To Members