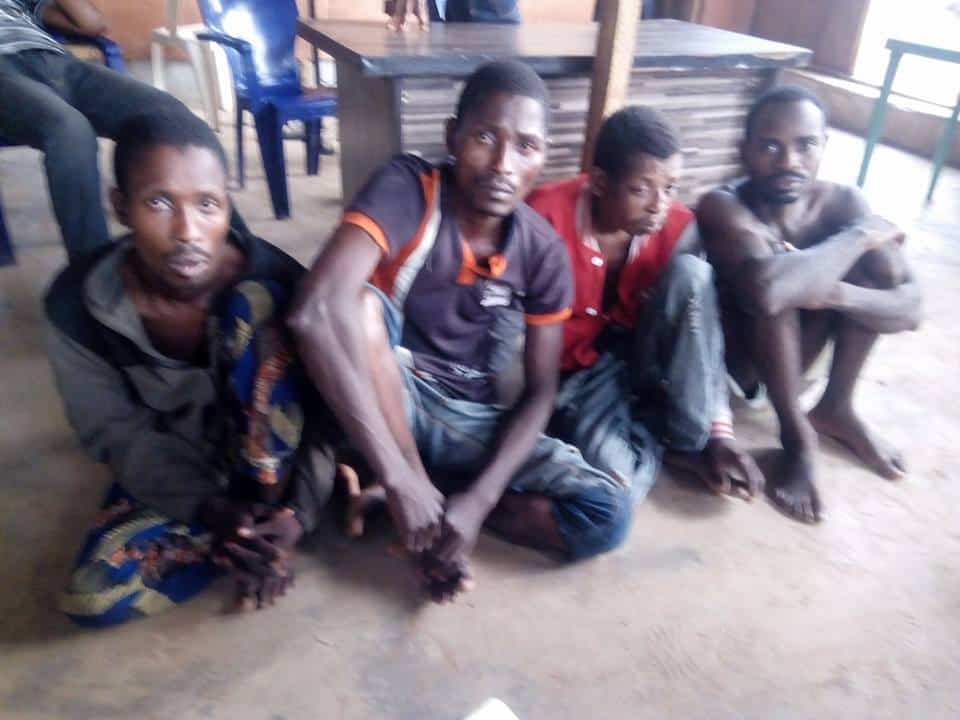 The Federal Special Anti-Robbery Squad, have arrested a gang who specialize in stealing personal properties like Motorcyles and Goats In Ipokia Community of Ogun State.

A member of the gang, Taye Avoseh was arrested when he went with Abiodun Kodewu to steal motorcycle, even as Kodewu was also arrested.

In the course of police investigation, they were able the establish the various atrocities of thefts in Ipokia axis.

Two brothers, Sunday Avoseh, 35 and Taye Avoseh, 25 were arrested even as the third Avoseh, Segun, who has been identified as the leader of the gang, has gone into hiding.

Also arrested were two other members of the gang, Abiodun Kodewu, 37 and Salau Ogedengbe, 32.

It was gathered that the gang always went in search of goats and motorcycles, and as specialists in the act, stole them and left no traces.

Their aim, according to the suspects, was that Segun, still at large, would call other members of the gang, take them in his car and on getting to where to operate, would open the four doors of the car and be on standby, while his boys would go on hunting.

“There were times we stole as many as ten“, said Taye.

Ironically, the stolen motorcycles were ridden to the numerous creeks in the area and ferried in boats to the neighboring Benin Republic, where they sold them to their receivers.

During interrogation, Sunday said: “I have stolen just three okadas in my life. All I do was to sight them where they were parked and roll them away, without anyone knowing. For the goats, I have lost count of the number. The only time I was caught and taken to police station, my family members secured my bail. Most often, I sold the goats and sometimes slaughter and feasted with my family members”.

No fewer than ten motorcycles have, however, been recovered from them.