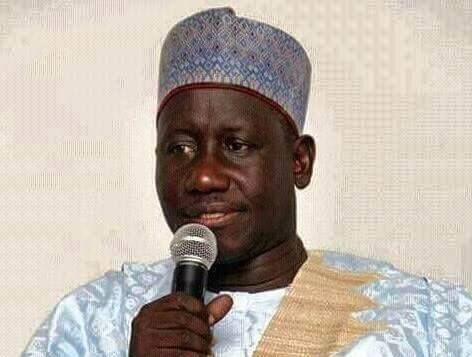 It will be recalled that Naija News had earlier reported Abdulrahman Abba Jimeta died early hours of today in Makkah.

A statement by Commissioner for Information and Strategy, Comrade Ahmad Sajoh confirmed that Jimeta was on lesser hajj when the sad event happened.

The statement stressed that government urged state workers to be more committed to the progress and development of the state as a befitting remembrance of what late Jimeta stood for during his over three decades in public service.

“It is with a deep sense of grief and total submission to the will of Almighty Allah that the Adamawa State Government announces the passing away of the Chief of Staff, Government House Yola, Alhaji Abdurrahman Abba Jimeta. The sad event occurred in the early hours of Monday the 18th of June, 2018 in Makkah the Kingdom of Saudi Arabia where the late Chief of Staff went for Umrah (the lesser Hajj).”

“Consequently, His Excellency, the Executive Governor of Adamawa State Senator Muhammad Umar Jibrilla Bindow has declared three days of mourning in Adamawa State starting from Monday the 18th of June 2018. The Governor calls on the people of the State to pray for the peaceful repose of the soul of the late Chief of Staff.”

“As Adamawa State workers resume work on Tuesday the 19th of June 2018, Government calls on them to be more committed to the progress and development of the State as a befitting remembrance of what the late Abdurrahman Abba Jimeta stood for in his over three decades of public life.”

“According to the family, the late Abdurrahman Abba Jimeta will be buried in the afternoon on Monday 18th June, 2018 in Makkah the Kingdom of Saudi Arabia according to Islamic Injunctions.”

“The late Chief of Staff would have been 60 years old at his next birthday in November 2018. He is survived by an aged Father, one wife and eleven (11) children.”

It added that family source indicated that late Abdulrahman Abba Jimeta will be buried today (Monday) Monday 18th in Makkah according to Islamic rites.

Late Chief of Staff would be 60 years in November this year. He is survived by an aged father, one wife and eleven children.