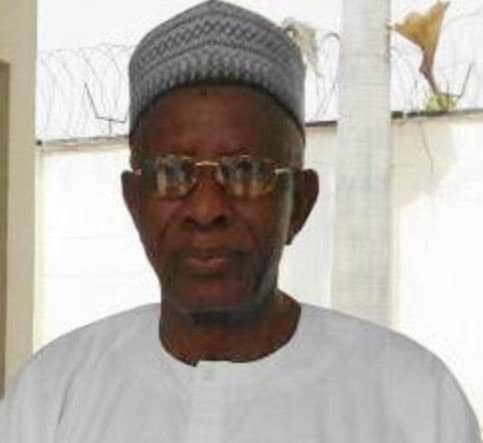 The family of  first civilian governor of Adamawa State, Abubakar Saleh Michika   has accused the state government of Adamawa  of abandoning owing N400m  him prior to his death  . Daily trust reports

The first civilian governor of Adamawa State, Abubakar Michika died on Saturday at the hospital. According to the  son of the ex-governor, Abdurrashid Saleh Michika, government refused to release his entitlement as former governor or sponsor him for medical care as he was entitled to by law. Naija News Gathers

He lamented that even when the team of consultants at the FMC informed Governor Muhammadu Jibrilla about lack of necessary facilities to handle Michika’s condition and suggested provision of an air ambulance for his transfer to a better equipped hospital, the governor failed to respond. Naija News Learnt

Naija News also gathered  that the state government had withheld Michika’s entitlement amounting to N400 million despite promises from the governor.
“Government refused to release his entitlement, about N400 million and slashed his pension to N300,000,” he stated

“Governor Bindow had promised to pay him after our father spoke to him several times but nothing happened. They were notified as soon as his health condition worsened, yet their response was not encouraging. This is an aged person, a former governor with a large family,” he stated.

Mr. Michika, born in 1941, was the first civilian governor of Adamawa State, from January 2, 1992 to November 17, 1993. He was a member of the then governing National Republican Convention (NRC) in the state.

He worked with the British Bank of West Africa from 1966, then John Holt company before joining the politics.

He was born in Michika, headquarters of the Michika Local Government Area in Adamawa where he did his primary school before moving on to Yola Middle School (now known as the General Murtala Mohammed College Yola) for his secondary education.

He had four wives and is a father to 38 children – 17 boys and 21 girls – 99 grandchildren, and three great grandchildren.