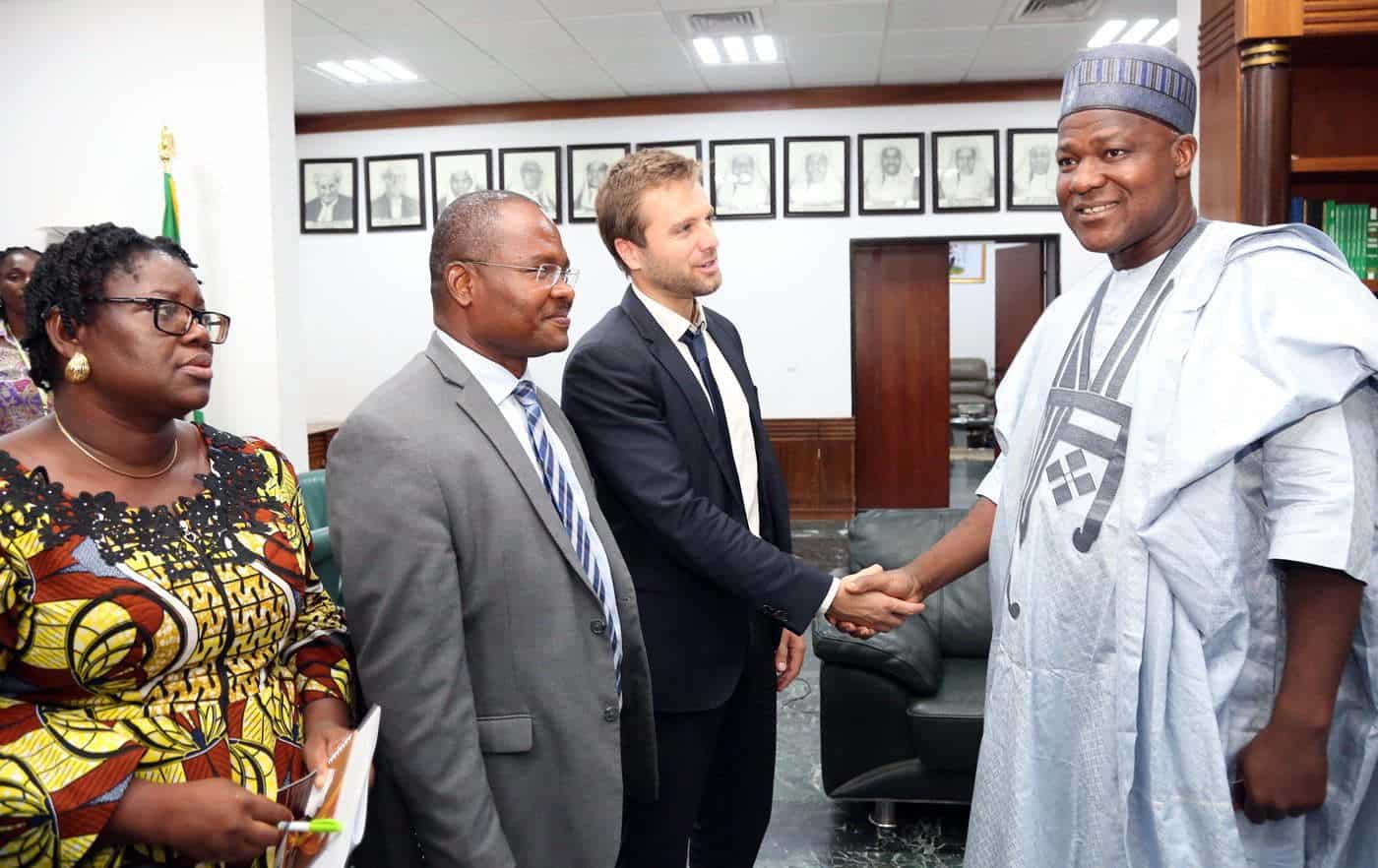 Speaker of the House of Representatives, Hon Yakubu Dogara, has explained that it is as part of efforts to ensure that democracy in Nigeria is not threatened by violence that he sponsored a bill in the House that seeks to eliminate the proliferation of small arms and light weapons in Nigeria.

Speaking when he received a delegation from Security Sector Reform of Civil Society Organisations in Nigeria and Policy and Legal Advocacy Centre at his office, he noted that small arms and light weapons fuel conflicts, which in turn impale our societies, truncates development in any society and when introduced in politics, sets the nation back.

He expressed deep concern that in the build-up to the 2019 elections violence is beginning to take root, adding that if care is not taken, with the influx of these small arms and light weapons, it is going to get worse.

“Elections happen in virtually all governments, but not all elections are democratic. We are talking about promoting democratic elections; these democratic elections have some criteria: they are supposed to be fair and free, they are supposed to be inclusive, and they are supposed to be periodic. Where you hold elections in an environment of intimidation and violence; it cannot be free and fair. Once it is not free and fair, it therefore means it doesn’t pass the criteria of a democratic election. So that it’s the challenge, and the truth is that there is no corruption that is more than truncating the will of the people through elections into government positions. This is because that is the essence of representative governance, as the people have elected their representatives and it is those representatives that they have elected and having taken positions in government that can deliver the goods.

“However, where you have violence and intimidation, or all other forces that are against democratic norms, they tend to frustrate that and ensure that those who are masters of the game of violence are able to supplant the will of the people take center stage, as against the people putting them in positions, they are the ones who have manipulated the system in order to get themselves into positions. Where you have these kind of issues, democracy is sure to malfunction. It is our collective responsibility to guard against these kinds of scenarios.

“We are aware of the fact that if this Bill is quickly translated into Law, as we are running into the 2019 general elections, if we are able to set up this Commission, we will combat this illicit dealing in weapons of war, we will be able to provide a very conducive environment for the 2019 elections to take place.”

“We are democratic leaders and for us to ensure the sustenance of democracy, we need to eliminate violence. Where violence prevails in any society, development will always take the back stage. That is not the kind of politics that we seek to implant for our dear nation. We want development to take the centre stage of our politicking. That, therefore, means we have to eliminate or reduce the incidence of violence in our society.

“In the most cases, when conflicts happen, instead of us taking them as opportunities to begin anew, to transform such conflicts to situations that should lead to better understanding, with better workings of our Institutions that promote peaceful co-existence and so forth; we tend to pursue conflicts violently. Where you have the influx of these small arms and light weapons they tend to enhance the situation. So it is in realisation of that, which was brought to my notice by a small committee of experts that visited me that I undertook myself the duty of sponsoring the Bill, this Bill that we are talking about.

“We are committed to the fact that we need to pass this, not because of anything, but for the fact that we are democratic leaders and for us to ensure the sustenance of democracy; we need to eliminate violence. Where violence prevails in any society, development will always take the back stage. That is not the kind of politics that we seek to implant for our dear nation. We want development to take the center stage of our politicking. That therefore means we have to eliminate or reduce the incidence of violence in our society.”

The speaker affirmed the commitment of the House to ensure that this Bill is quickly transmitted into law, hopefully before they go on our annual recess in July, while adding that another aspect the House will look at is the weaponisation of democratic institutions going into 2019.

“Whether it is the Police, or the Courts, whatever it is, weaponisation of those Institutions to be used against Political opponents, I believe also that there is a place for the civil societies in terms of advocacy to really enlighten our citizens, and to ensure that we remain vigilant so that our democracy is not threatened. The truth is that if democracy is threatened, it is not the politicians that are threatened, even the civil societies are threatened. Because you may wake up one day and discover that you can’t even think or write what you want to write, you can’t even go on advocacy, except you get a Commission from some quarters, and that is why we really have to wake up and work for the preservation of our democracy and freedom. As it is written and said: a free man when he fails blames no one. So at least if you are alive and free; you have the right to invest your freedom in the pursuit of happiness regardless of the conditions. When you are not free however, you don’t have the tools, you don’t have the means to pursue happiness, you are cut-off completely from the proceeds of democracy,” he added.

Earlier, leader of the delegation, Mr Clem Nwankwo, informed the speaker that the country today is undergoing serious threats to its security, hence the urgent need for setting up a commission on small arms and light weapons in Nigeria to check its influx.
He also said ECOWAS had adopted a convention on small arms and light weapons and mandated countries in the region or sub region to set up a commission to tackle the problem and while almost all of the countries in West Africa have set up this commission and are putting all efforts to giving priority to this issue, unfortunately, Nigeria, which should be a driving force for this, together with Gambia, are the only countries in the sub region that have not set up this commission, which is not a very good example for the country.
While commending the efforts that have now been made by the House, he urged the National Assembly to take action that is needed to.