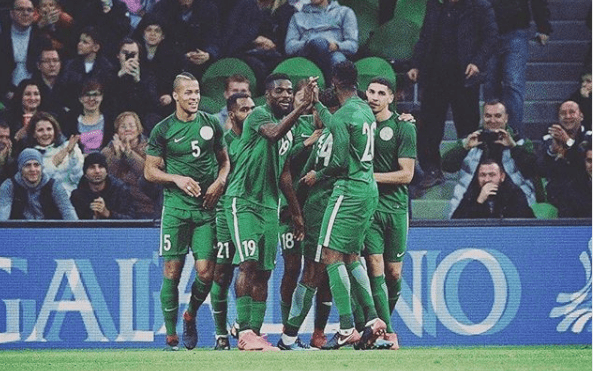 The friendly game between Spanish club, Atletico Madrid and the Super Eagles team B, which was played in Uyo, ended 3-2 in favour of the Spanish club.

The Eagles took the lead in the game courtesy of a stunning Kelechi Nwakali goal in the 32nd minute of the game.

Joan Oblak was well beaten by the 20 yard strike from Nwakali.

However, Angel Correa got the equalizing goal for Atletico almost immediately.

Atletico Madrid striker, Fernando Torres, came off the bench to score in the 64th minute of the clash before Usman Mohammed gave the fans in Uyo reason to cheer as he dribbled past Atletico defenders to restore parity and make it 2-2.

The Eagles however, conceded another goal in the 85th as Borja Garces scored what became the winning goal of the encounter.