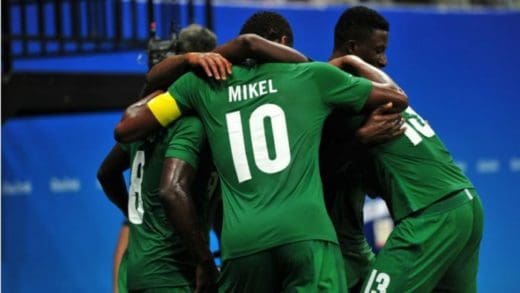 Nigeria’s Super Eagles have retained her last month Coca Cola FIFA world rankings on 47th position and sixth in Africa in May, according to the latest FIFA ranking released on its website on Thursday.

The first 47 countries retained their previous positions in the new ranking released as well.

According to the rankings on the website, seven international ‘A’ matches, all friendlies, took place in the month under review and as a result there are few movers in the latest ranking.

The next rankings would be released on June 7, just a week before the Russia 2018 World Cup tournament begins on June 14.