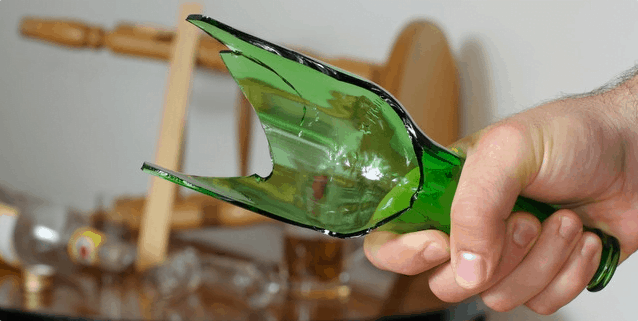 A pastor has been reported to have been stabbed with a broken bottle, the accused woman, Esther Olawale, who is 39 year old, was arraigned before the Ile-Ife Magistrates Court, Osun State On Wednesday.

The accused is facing one count of assault. Inspector Emmanuel Abdullahi, the prosecutor, told the court that the accused committed the offence on May 6 at about 6.00 p.m. at No. 11, Moremi Line 10, Ile-Ife.

Abdullahi said that the accused stabbed the complainant, Pastor Kayode Oluwawemimo, with broken bottle on the left hand and at the back during a disagreement.

He said the assault caused bodily injuries to the complainant, who is a pastor in one of the churches in Ile-Ife. The offence contravened Section 355 of the Criminal Code, Law of Osun, 2002.

The accused, however, pleaded not guilty to the charge. Mr. Olalere Olaobaju, the defense counsel, applied for bail for the accused in the most liberal terms and promised that the accused would not jump bail.

The magistrate, Ishola Omisade, granted the accused bail in the sum of N200,000, with two sureties in like sum, and adjourned the case until June 18 for hearing.