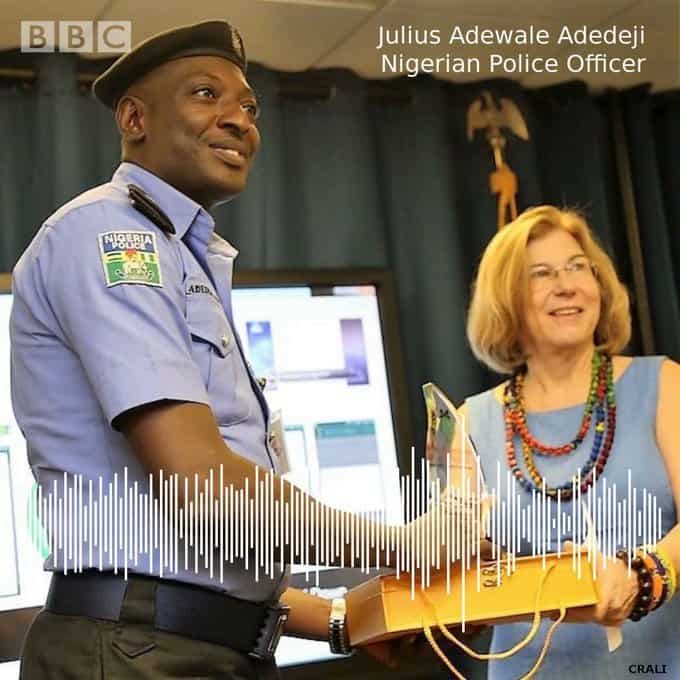 Despite records in 2017 survey by the Nigerian Bureau of Statistics (NBS) showing that the Nigeria police force is among the most corrupt public officials in the country, owing to the rate of bribery, one officer has stood out and proved differently among his peers in the force.

Julius Adedeji (the officer) was said to have never received a bribe before despite being offered countless times, stating that it was “needless” for him.

And for that rare feat, the BBC is celebrating him as Nigeria’s ‘most dedicated police officer’.

He said during an interview that he wasn’t aware that he was being watched and as such is very surprised by the award.

“I thank God that it’s recognised and I feel like putting my best more and more,” he said.

“A copy of the letter (from the BBC) was delivered to my office for my information, when I read through it, I was wondering could it be true? I read through the letter and I saw that it said, they wanted an institution where they can name and shame those that are not doing well and encourage the people that are doing well within the Nigerian police force, I felt so great.”

When asked if he had been offered bribe before, he said: “Absolutely. And even today a person offered to give me some money and I said ‘no,no,no,no why would you do that, I’m just doing my work’.”

He, however, admitted he has been tempted to take bribes.

“There’s no way one would not once in a while be tempted,” he said, adding: “But I just want to do what is right.”

He also advised other policemen.

“I know in my little space where I work, I’ve seen people who are going the wrong way. We’ve talked to them and told them you don’t have to do this and God will find a way to bless you when you’re doing what is right,” he said.