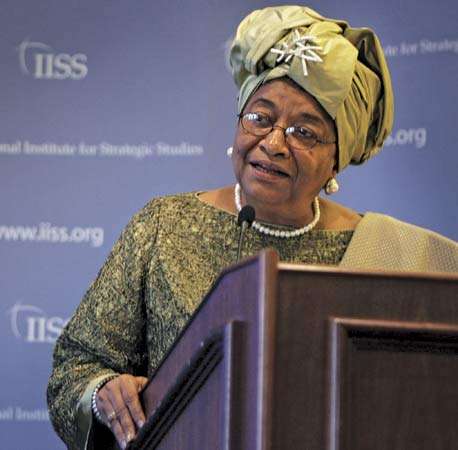 Ellen Johnson-Sirleaf, Former Liberian President, has said that elections do not make a democracy but countries should look at all the barriers to competitions before an election starts, while advocating for good governance, democracy and more female leaders in Africa.

Johnson-Sirleaf said this on Friday while receiving the five million dollars of prize in Rwandan capital Kigali for leading Liberia’s recovery following many years of civil war.

Sirleaf in her acceptance speech for receiving the 2017 Ibrahim Prize for Achievement in African Leadership at a leadership said “It is my hope that women and girls across Africa will be inspired to break through barriers and push back on the frontiers of life’s possibilities,”

“I receive this distinction on behalf of the many women and men who helped to navigate the profound complexities of the post-conflict country that is Liberia,” said the first elected female president in Africa, who served a two-term tenure of 12 years.

“Barriers to entry into political society must be broken down.

“Democracy is not a single event, but institutionalization of process.

“We all share the conviction that accountable governance and service delivery are the core responsibilities of government,” she said.

“Tonight is about underscoring that shared commitment,” Rwandan President Paul Kagame said in his opening speech of the ceremony.

The Ibrahim Prize, is one of the initiatives of Mo Ibrahim Foundation that celebrates excellence in African leadership and is awarded to a former executive head of state or government.

Johnson-Sirleaf took the helm of Liberia when it was completely destroyed by civil war and led a process of reconciliation that focused on building a nation and its democratic institutions, said the citation read out by Salim Ahmed Salim, chair of the prize committee.

The Award Ceremony is part of day Ibrahim Governance Weekend that stated Friday in Kigali.

Mo Ibrahim Foundation, a non-grant making organization, was established in 2006 with focus on defining, assessing and enhancing governance and leadership in Africa through its four main initiatives including Ibrahim Index of African Governance, Ibrahim Forum, Ibrahim Prize for Achievement in African Leadership and Ibrahim Leadership Fellowships.