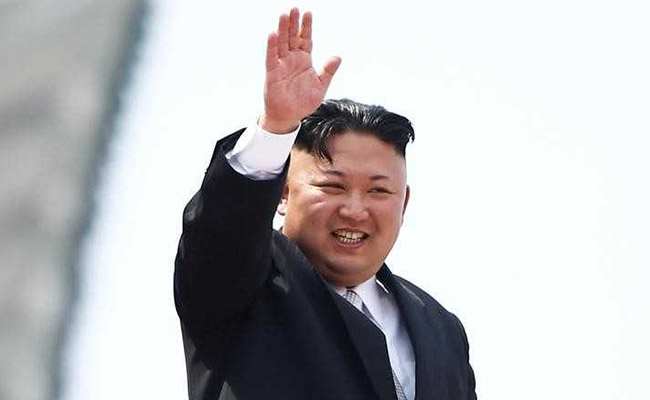 South Korea has said On Friday that North Korea‘s leader, Kim Jong Un would become the only North Korean leader to cross the military demarcation line demarcating North and South Korea since the end of the Korean War in 1953.

During  a briefing on the Friday’s schedule by the presidential chief of staff, Im Jong Seok, Kim will set off on foot at 9:30 am (0030 GMT) to meet South Korean President Moon Jae In.

The North Korean delegation, which includes Kim’s sister Kim Yo Jong, who in February attended the Pyeongchang Olympics opening ceremony, will attend an official welcoming ceremony at 9:40 am.

The talks – the third inter-Korean summit after meetings in 2000 and 2007 – will set the tone for a meeting between Kim and US President Donald Trump, expected to take place late May or early June.

Later in the day, the two leaders will plant a pine tree dating from 1953 when the Korean War armistice was signed, before an agreement is signed and announced, he added.

But the issue of denuclearization will be tricky. “When it comes to denuclearization, it is very difficult which level can be agreed upon,” Im admitted at Thursday’s briefing.

Kim last week announced that he would halt nuclear and missile tests effective immediately and shut down a nuclear test site. But he said nothing about getting rid of his existing nuclear arsenal, which he described as a “powerful treasured sword.”

Jens Stoltenberg NATO Secretary General revealed in Brussels on Thursday that the meeting between the two leaders was “a first important step towards a negotiated peaceful solution to the crisis on the Korean peninsula.”

He cautioned however that “until we see concrete changes in North Korea’s actions, we must continue to put pressure on North Korea and … continue with the sanctions.”

Regarding a possible US-North Korea meeting, Trump said on Thursday that: “It could be that I walk out quickly – with respect.”

“It could be that, maybe, the meeting doesn’t even take place. Who knows? But I can tell you right now, they want to meet,” he told broadcaster Fox.