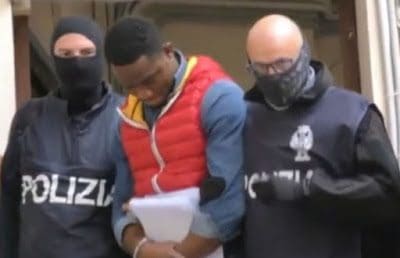 A man from Niger, has stabbed to death, his German ex-wife and their one-year-old daughter in a brutal attack in a busy train station yesterday, police said.

“We currently assume it was a crime of passion.”

The 33-year-old suspect initially ran off but then phoned the police, who arrested him inside the Jungfernstieg underground station.

Police said the child died immediately in the attack around 0850 GMT and the 34-year-old woman succumbed to her injuries in hospital.

Police and firefighters responded in large numbers, and trauma counselling was offered to witnesses and emergency responders.