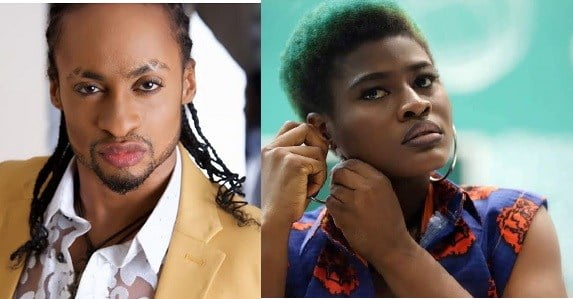 Big Brother Housemate Alex has revealed she feels disappointed in Media Personality, Denrele Edun, this was revealed as a result of the housemate reaching out to him before going into the house, but was not paid the response she desired.

During the question and answer session last night, when asked if anyone inspires her, she said Missy Elliot, Cynthia Morgan regarding her style and hair colour.

Alex included Denrele’s name in the list but was quick to add that he disappointed her.

According to her, after she found out she was going to be on Big Brother Naija, she reached out to Denrele,and after they talked, he refused to be there for her.

She said he stopped answering her calls and DMs and totally avoided her. Despite this,she said she still has love for him and loves the way he expresses himself fashion wise.