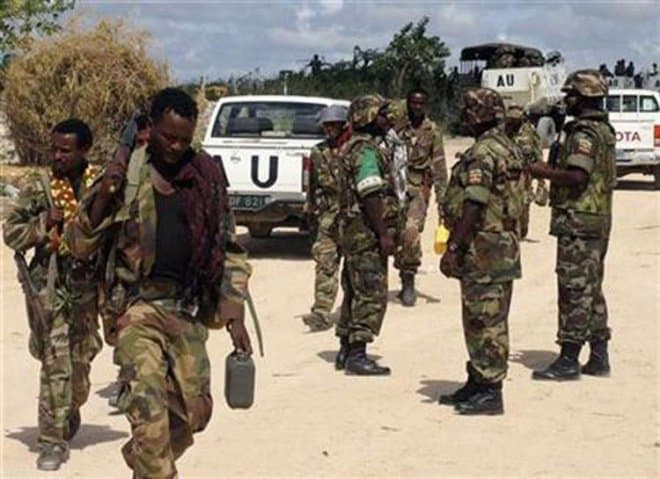 Ethiopian soldiers killed nine civilians and injured 12 after mistaking them for rebels near a town along the country’s border with Kenya, state media said. The soldiers were deployed to the Moyale area of the country’s Oromiya region in pursuit of Oromo Liberation Front fighters who had crossed into Ethiopia from three locations,

“Nine civilians were killed and 12 others were injured during an operation that was launched with faulty intelligence,” members of the armed forces told the agency.

Naija News gathered that  The incident took place at a time when outbreaks of violence have continued to plague the country, mostly in Oromiya.
In February, Addis Ababa imposed a six-month, nationwide state of emergency to tamp down unrest in Africa’s second most populous nation. The move was made a day after Prime Minister Hailemariam Desalegn announced his resignation in what he said was a bid to smooth the way for reforms.