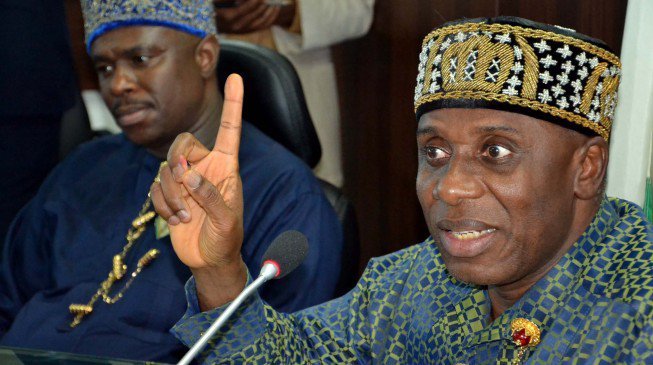 The Minister of Transportation, Rotimi Amaechi has alleged that some cabals are hindering the just approved $198m maritime security contract.

The minister has, thus, expressed the resolve to publicly reveal the names of the said cabals.

Amaechi stated his resolve while he spoke during a Maritime Stakeholders’ Interactive Forum held in Warri, Delta State on Thursday.

He said “Reason, why vessels will not come to the Eastern ports, is because there is war insurance due to insecurity in the ports here.

“The war insurance means if the goods cost N10, 000 in Lagos, it will cost N20,000 here because there is an extra cost on it due to Insecurity issues. Even as a minister, I can’t enter a boat ride from Warri to Port Harcourt due to insecurity issues, but I can move around Lagos at any time of the day.

“For shipowners, you need to do a petition to Mr President. The President approved a contract of $195m for maritime security, but there are people in the system sabotaging the contract because it will restore security in the water. I won’t say who they are until it gets out of control. We are still battling for the contract to take place, but if it gets out of place, we will name them publicly, including the security people involved.

“There are businesses which provide the vessel for oil companies in the name of providing security. The moment we secure the water, they are out of jobs?”