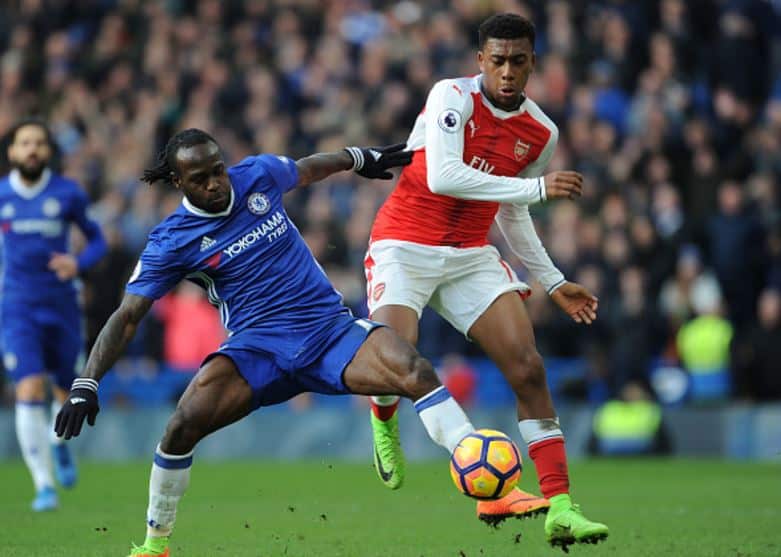 Super Eagles stars Alex Iwobi and 2017 CAF Player of the year nominee Victor Moses will face each other in the Carabao Cup semi-finals following Wednesday’s draw which pitched Arsenal against Chelsea.

The first leg of the semi-finals is expected to take its effect on January 8, and the second to follow up the following day. Manchester City and Chelsea will host the first legs.

Arsenal got the semi-final ticket into the last four by beating London rivals West Ham 1-0 with a Danny Welbeck goal at the Emirates on Tuesday whith Chelsea following up with an extra time winnning goal scored by Morata, with a 2-1 victory over Bournemouth on Wednesday.

Related Topics:Alex IwobiArsenalChelseaVictor Moses
Up Next