Nigeria’s dancehall act Timaya has bagged a Grammy Nomination for his feature on Morgan Heritage’s “Avrakedabra”.

The album was nominated for the Best Reggae album.

The 60th edition of The Grammy Awards will air live from the Madison Square Gardens on January 28. 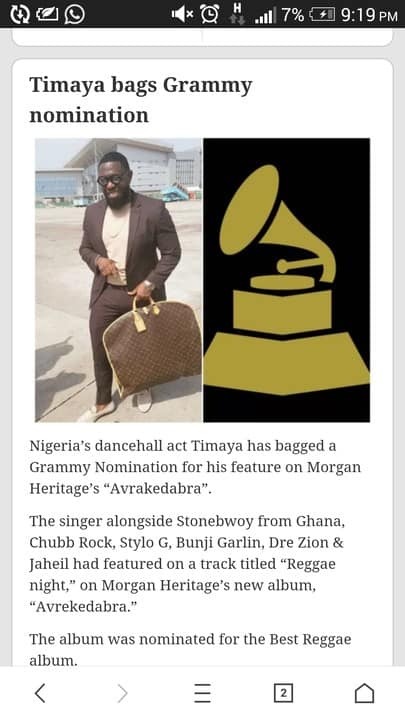