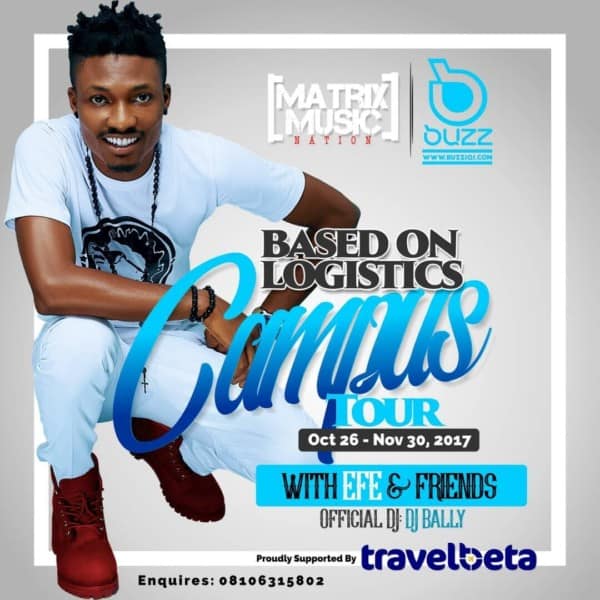 The reality show Big Brother Naija 2017 winner, Efe Ejeba has announced he is embarking on Universities tour in Nigeria tagged “Based on Logistics Campus Tour.”

According to Efe, the tour will commence on October 26 till November 30, 2017, as disclosed on his Instagram page.

Some of his friends including Big Brother Naija’s Bally will also be part of the tour as the official DJ.

It would be recalled that Efe released some songs entitled “Somebody” few weeks after he dropped his “Based on Logistics” single.

He noted that schools, dates and special guests would be announced soon.