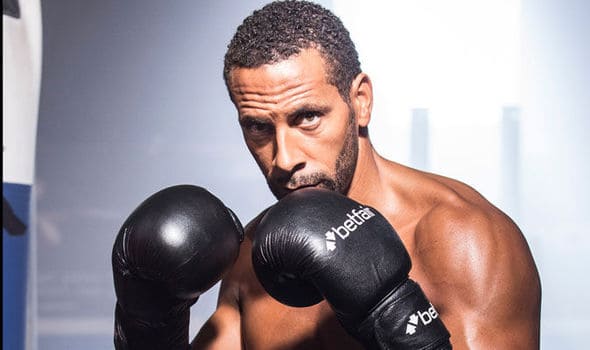 -Rio Ferdinand plans to take on boxing as professional career.

The former footballer wants to start his boxing career when he is already 38 years old.

Rio currently works as a television pundit with BT Sports and his decision to venture into boxing has raised a lot of eye brows.

But the former Manchester United and England defender appears resolute as  has been posting training videos to his social media account in recent months.

Boxing Fridays…. left right left right… boom! Don’t beat around the bush…. When ya get ur licence back @gypsyking101 ?!! ??

Watch his declaration video below: