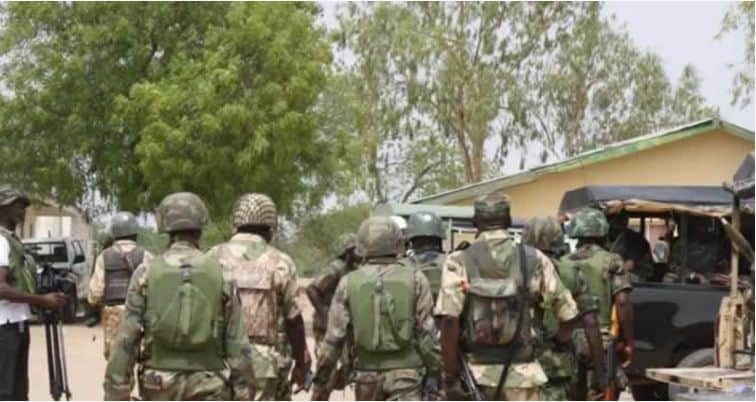 The Nigerian Bar Association (NBA), Umuahia Branch, has called on the Nigerian Army to redeploy the soldiers deployed to Umuahia, in Abia state, under Operation Python Dance to avoid chaos and panic in the state.

Mr Nnamdi Eluwa, the NBA Chairman, told journalists in Umuahia that there was no security threat in Umuahia to warrant Operation Python Dance.

He said that the recent happenings in Abia between soldiers and members of the public had indicated the urgency to reconsider the necessity of Operation Python Dance 2.

Eluwa said that the Army would lose its meaning, value and worth in the minds of the society if the soldiers in Abia were not withdrawn and redeployed.

Eluwa stressed that the Umuahia branch of NBA would not support any enterprise that would violate the fundamental human rights of Abia people.

“It is our position that there is no security threat in Umuahia and its environs to warrant the deployment of soldiers to intimidate and molest innocent Nigerians who are going about their lawful business.

“We condemn in strong terms the unfortunate attack on journalists in Umuahia and raiding of Nigeria Union of Journalists (NUJ) secretariat by officers of Nigerian Army on Sept. 12.

“The attack on members of the NUJ by the Army to say the least is an attack on the people of Abia,” he said.