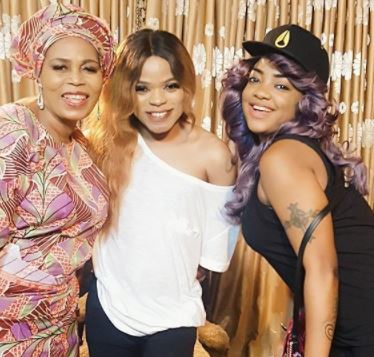 He has recently ventured into Nigerian entertainment industry as he launches himself into Nollywood stargist reports.

Bobrisky is back to the country after his vacation in the United States and he’s set to feature in his Nollywood debut.

Nigerian Internet celebrity and entrepreneur,bobrisky was seen in his first ever movie set with famous actress Tayo Sobola and Toyin Afolayan popular known as Lola idije on movie titled “ojuloge”.

Tayo was the one who actually made the public announcement on Instagram. In the new movie he plays the son of veteran actress, Toyin Afolayan popularly called Lola Idije while Sotayo plays the role of his elder sister.