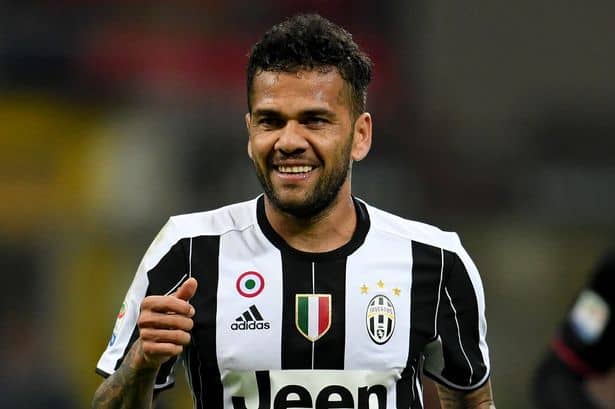 Alves played under Guardiola four seasons when he was Barcelona coach, winning the Champions League twice in that span.

Goal revealed on Wednesday morning that Alves has agreed a two-year contract with City and his arrival will be announced once his departure from Juventus is officially wrapped up.

Juventus CEO Giuseppe Marotta has since confirmed the defender is set to leave the club with Alves expressing his admiration for Guardiola as a switch nears to the Etihad Stadium nears.

“Everyone knows my admiration for Pep Guardiola – he is a great coach,” Alves told Brazilian TV show Conversa com Bial when asked if City would be his next team.

Alves also discussed his situation at Juventus after Marotta suggested he would be allowed to leave on a free transfer despite still having a year left on his contract.

The Brazilian continued: “I don’t know what is happening. I have left the work to my agents in Italy and they have said they would talk to me once they find a resolution on the contract.

“If I go, it will be without any conflicts, without any problems, as opposed to what is being said.”

If confirmed, City’s swoop for Alves will add to the signings of Bernardo Silva and Ederson.

Guardiola was keen to add another right-back to his squad following the exits of out-of-contract duo Bacary Sagna and Pablo Zabaleta.

Alves has only spent one year at Juventus, winning Serie A and the Coppa Italia, while the club lost out to Real Madrid in the Champions League final this month.

Matic Set To Move From Chelsea To Manchester United