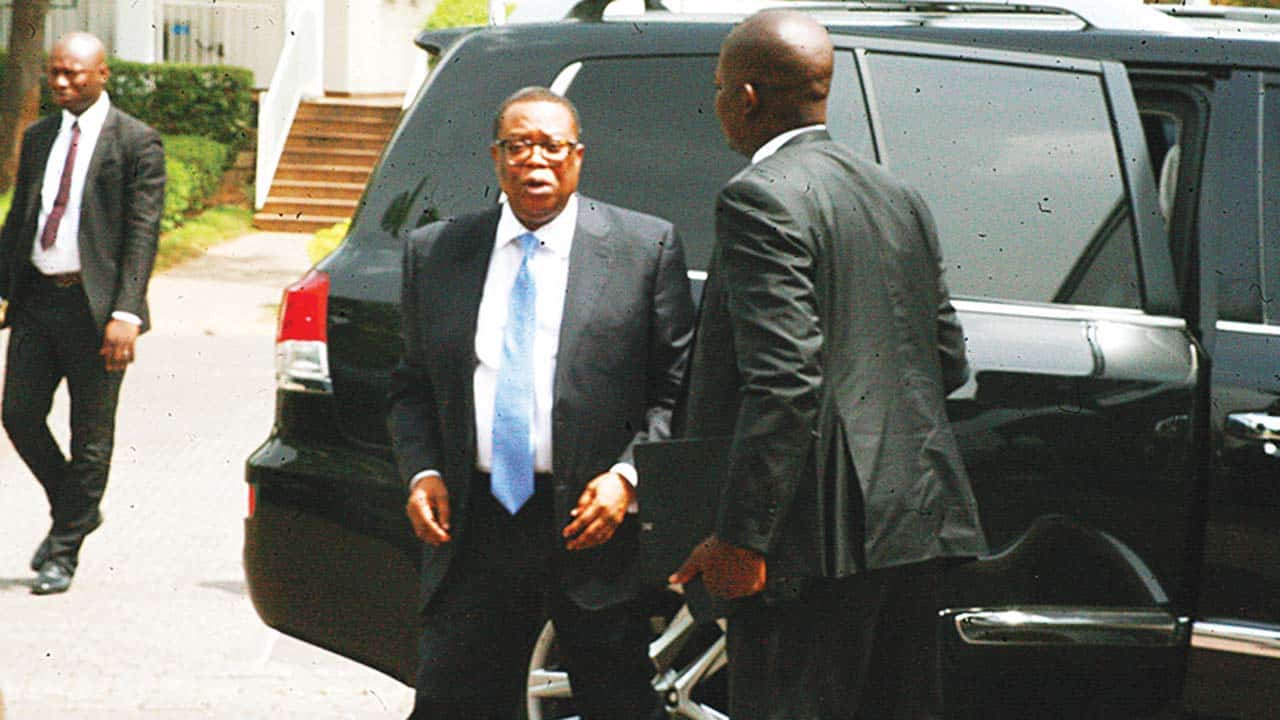 Oke was suspended a fortnight ago over the discovery of large amounts of foreign and local currencies by the Economic and Financial Crimes Commission (EFCC) in a residential apartment at Osborne Towers, Ikoyi, Lagos, over which NIA has made a claim.

Recall that the NIA boss had earlier appeared before the panel last week following the allegations.

The committee chaired by Vice-President Yemi Osinbajo metse inside one of the conference rooms in the Vice-President’s office and started it session  at about 1pm.

The panel was set up to investigate allegations of violations of law and due process made against Lawal in the award of contracts under the Presidential Initiative on the North East.
The committee which continued its probe of the allegations yesterday was given 14 days by the President to complete the assignment and is expected to submit its report by next week.

The meeting which started around 1.p.m on Monday was still in progress at 7 p.m press time.