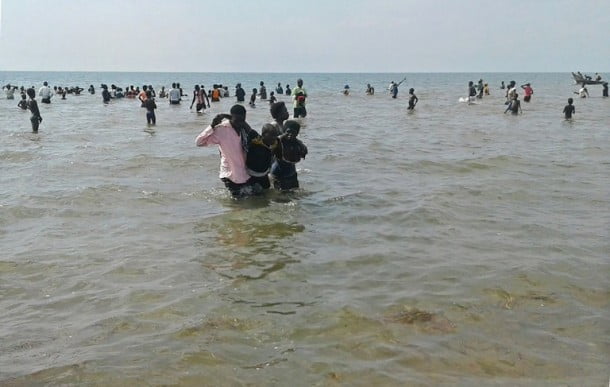 30 people are believed to have died after a boat carrying a Ugandan football team and its fans capsized in Lake Albert in what has been described as a Christmas tragedy.

There were 45 people on the small boat traversing Lake Albert, ​news reports estimate, and it is believed to have capsized as a result of overloading as well as an uneven distribution of weight on one side of the vessel.

The football team from the village of Kaweibanda was travelling to Runga to play a friendly.

“There was a party on the boat, the passengers were dancing and others were drunk. The boat was overloaded with 45 people, all members of the football team and local fans.

“The water was calm but the problem came in when the merrymaking team and fans tilted on one side of the boat. It capsized killing about 30 people.” Police commander John Rutagira told Nigeria News.

Report says Police officers working with local fishermen managed to rescue 15 of the revellers, who were heading from the village of Kaweibanda in the western Buliisa District to watch a friendly Christmas Day match in Hoima District, Rutagira said.

The accident was the second major disaster on Uganda’s lakes in three days. On Friday, about 20 people perished in similar circumstances on Lake Victoria.