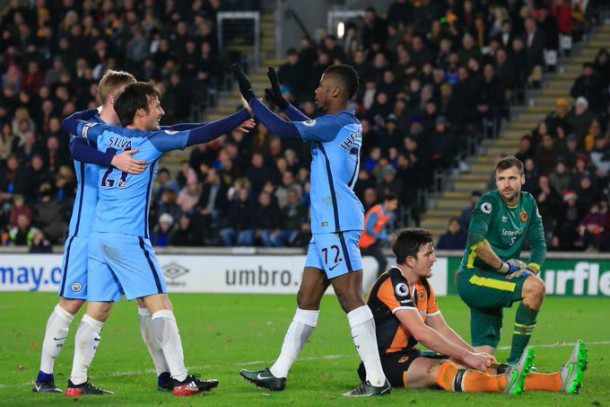 Nigerian International Kelechi Iheanacho has expressed delight over his goal against Hull City on Boxing Day which gives him a unique record.
The 20-year-old has failed to tie down a regular shirt under new manager Pep Guardiola so far this season but came off the bench against the Tigers to net his fourth premier league goal of this campaign and set a goals record in the process.
According to Opta, :”Kelechi Iheanacho has the best minutes per goal ratio of any player in Premier League history (min. 10 goals), scoring every 96 minutes.

Manchester City are well in the hunt for the Premier League title this season as they currently sit second on the log but will return to third spot if Liverpool beat Stoke City today.