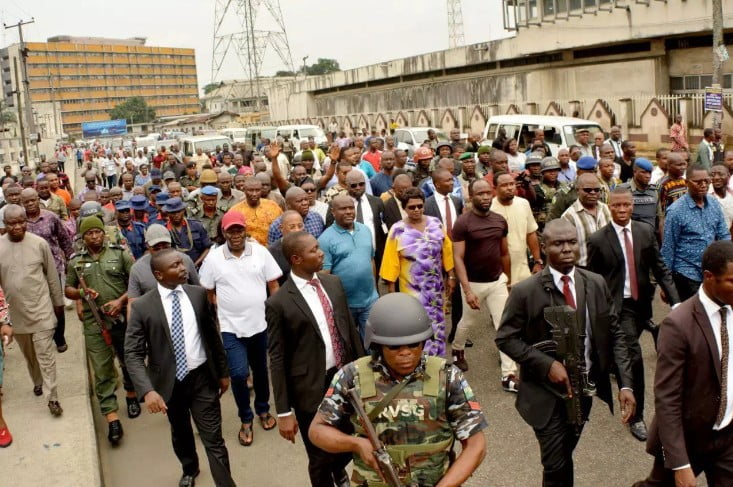 Thousands of Rivers people have prevented the personnel of the Special Anti-Robbery Squad (SARS) from rigging the Rivers rerun elections.

The police SARs Personnel led by their controversial commander, Akin Fakorede had raided the collation centre at the Port Harcourt City Council.

Meanwhile, they failed as they did not know that the results have been already left in the INEC Toyota Hilux vehicle in the grounds.