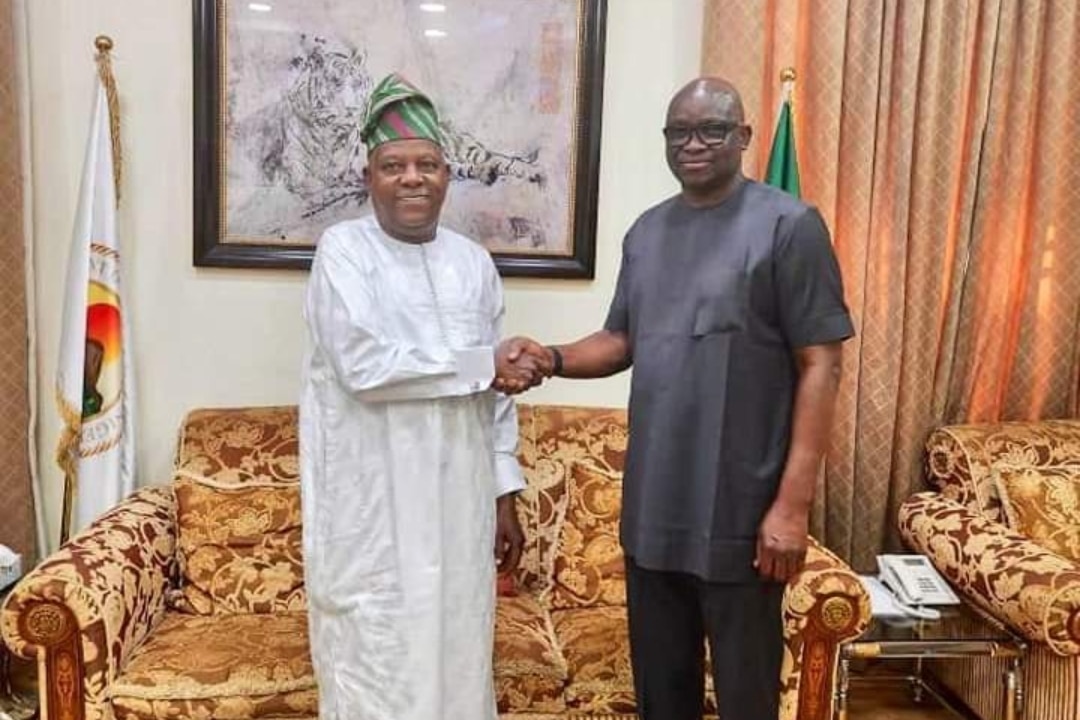 The vice presidential candidate of the All Progressives Congress (APC), Kashim Shettima on Tuesday met with the former governor of Ekiti State, Ayodele Fayose.

Shettima in the post on his account appreciated Fayose a member of the Peoples Democratic Party (PDP) for welcoming him with warmth and rare camaraderie.

The APC vice presidential candidate also lauded the former governor of Ekiti State for his support.

He prayed that God will bless him for hosting him and his team.

“The great Oshoko welcomed us with warmth and rare camaraderie. Thank you for your support and God bless you for hosting me and my team.”

See pictures of the meeting below: 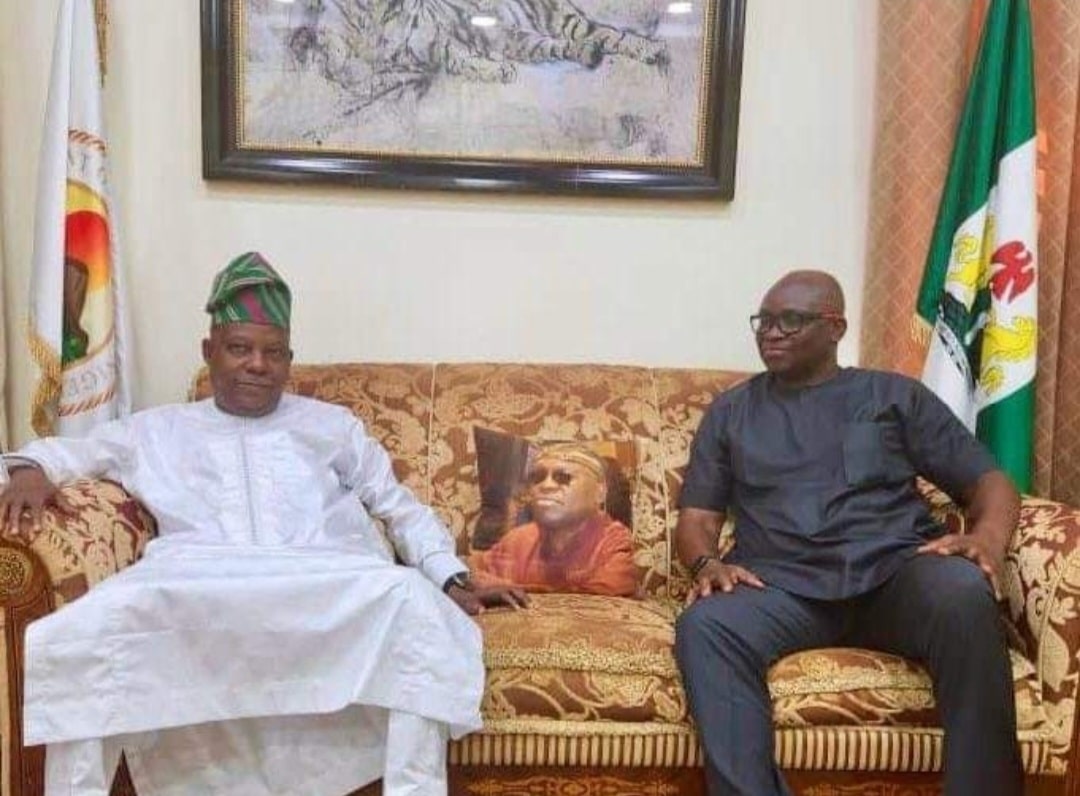 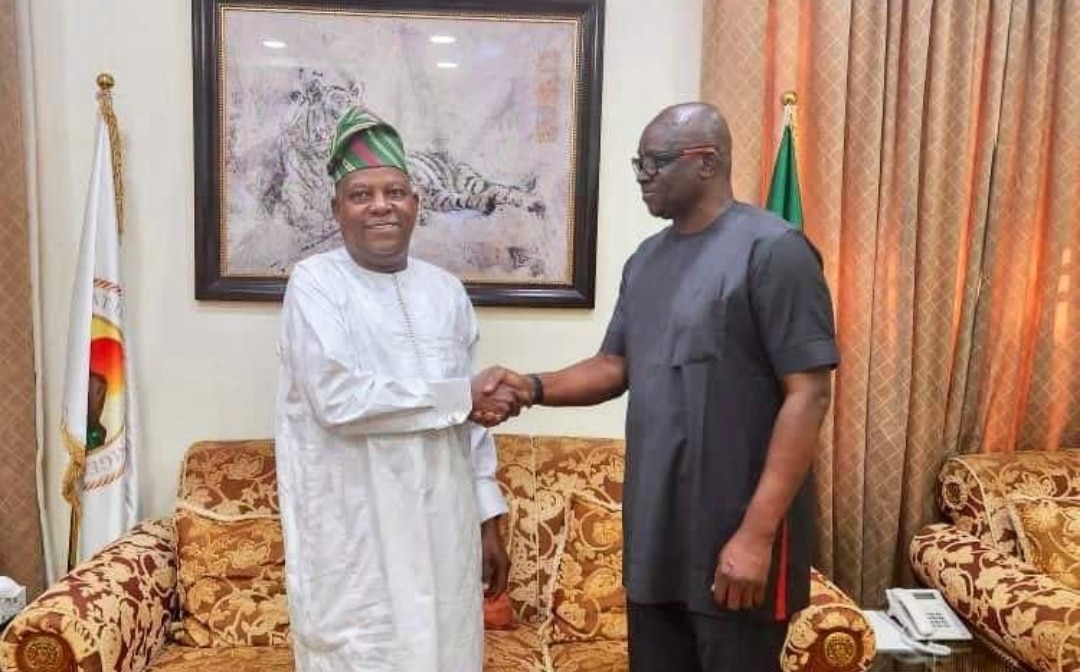 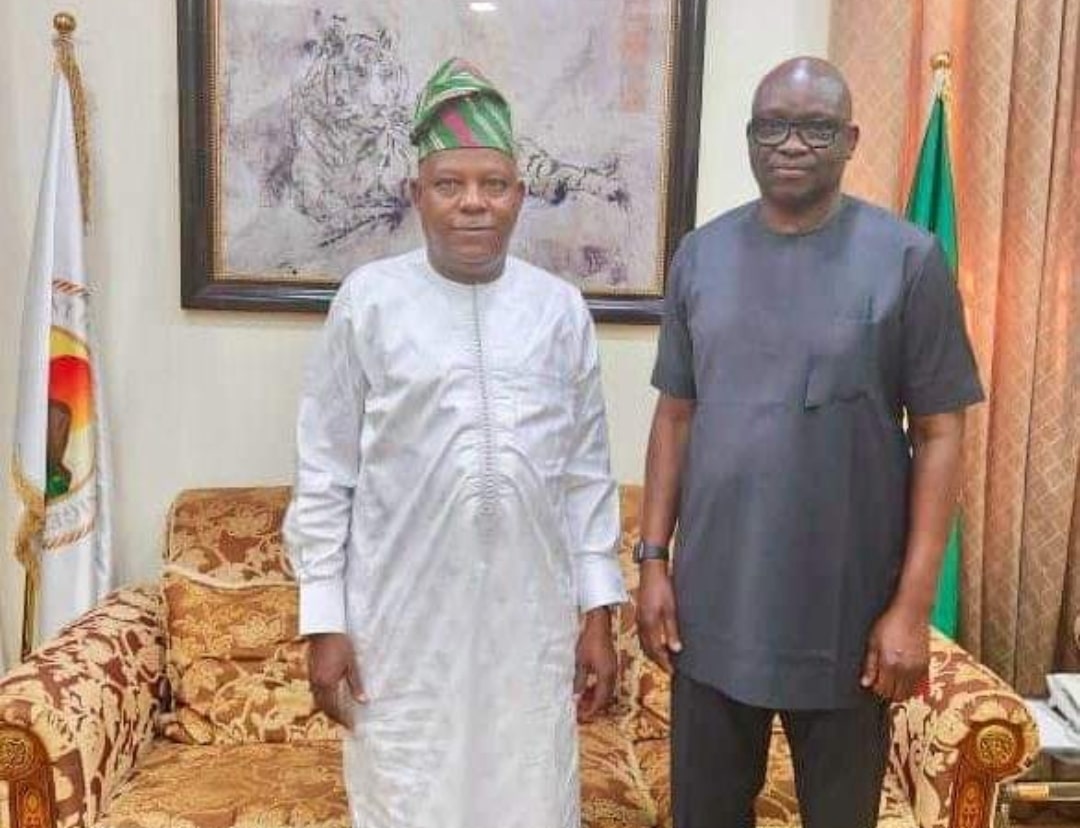 End Your Court Case, Let Us Talk About It In Our Sitting Room – Tinubu Begs Former Minister, Uche Ogah

Presidential candidate of the APC, Bola Tinubu has pleaded with the former minister of state for Steel and Mines Development, Dr Uche Ogah to put an end to all court cases he filed over the Abia state governorship primaries and come and meet him to talk over the matter.

Naija News recalls that Ogah had earlier filed a suit challenging Ikechi Emenike as the governorship candidate of the party.

Weighing in on the differences between the two men at the Abia State APC presidential and governorship campaign flag-off at the Umuahia township stadium on Tuesday, Tinubu explained that his position over the governorship dispute is clear to all as Chief Ikechi Emenike has gotten the governorship flag of the party and should be supported to win the election.