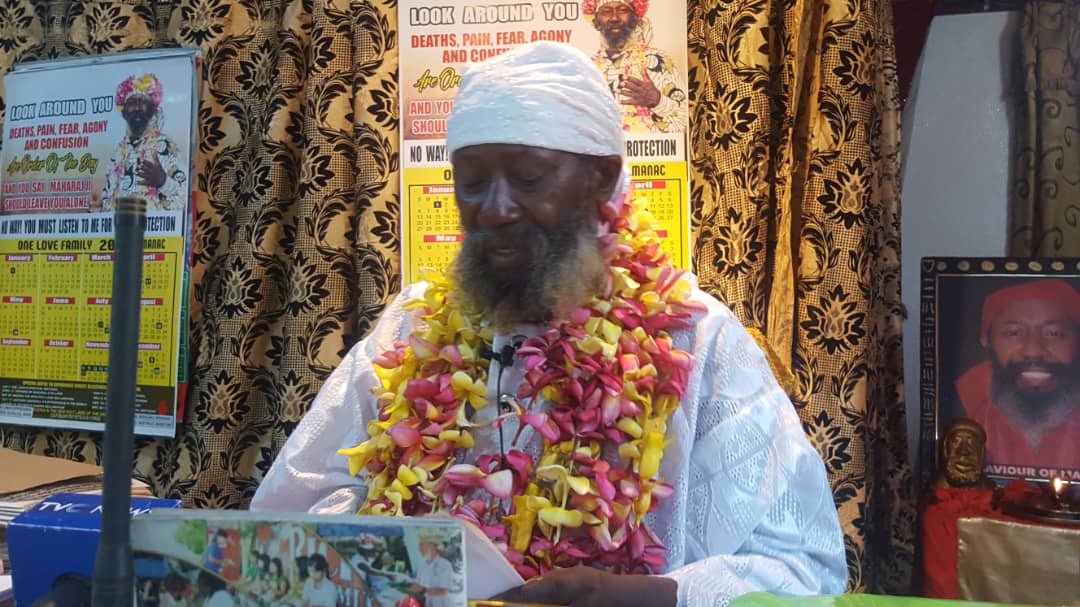 Controversial spiritual leader, Satguru Maharaj Ji has claimed that there is foul play in the death of the late Alaafin of Oyo, Oba Lamidi Adeyemi III.

Naija News recalls that Oba Adeyemi died at the Afe Babalola University Teaching Hospital, Ado Ekiti, Ekiti State on April 22 and was buried the following day inside the Alaafin’s palace in Oyo town.

In an interview with BBC News Yoruba on Tuesday, Satguru Maharaj JI said the late monarch was poisoned and his death should be investigated.

The founder of the One Love Family, who failed to name those behind the alleged poisoning, expressed sadness over the death of the late Oba Adeyemi.

He, however, stated that the late traditional ruler must not be resurrected because he had spent his days on earth.

Meanwhile, Olaosegba, one of the sons of the late Ashipa of Oyo, Chief Amuda Olorunkosebi has narrated how the late Alaafin of Oyo was linked to his father’s murder.

According to Olaosegba, he was 27-years-old and was observing the one-year mandatory national youth service when his father was murdered.

Olaosegba revealed this in an interview with Punch.

The son of the late Ashipa while narrating the death of his father disclosed that he was lured to the place where he was killed at Ijawaya Ashipa village.

Olaosegba added that one of the suspects in his father’s murder case is an ophthalmologist who has not been arrested since the case.