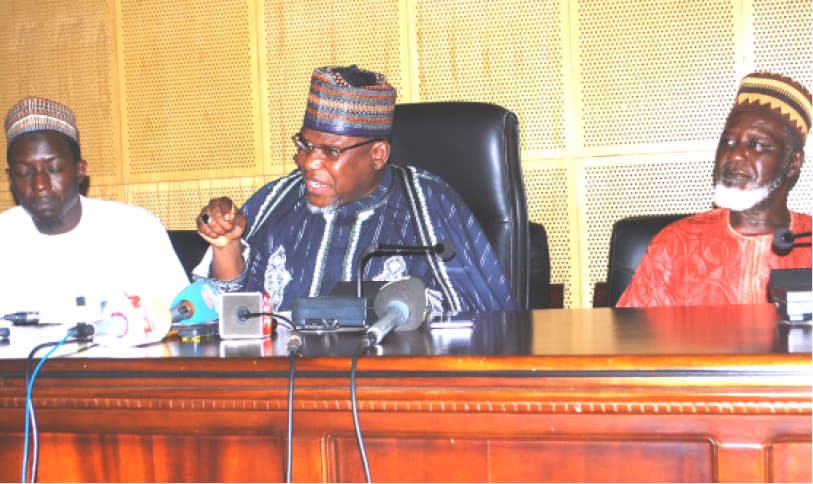 The Jama’atu Nasril Islam (JNI) has urged the President Muhammadu Buhari-led government to take security matters in the country seriously.

The organisation, in a statement issued on Thursday by its Secretary-General, Dr. Khalid Abubakar Aliyu, asked the President and the Northern governors to immediately address the rising security challenges in the North.

While condemning the gruesome murder of 23 travellers by bandit terrorists in Sokoto State on Monday, JNI appealed to the government to be more proactive rather than reactive.

It described the attack on the travellers as senseless and barbaric, adding that citizens are becoming more agitated about the bloodletting and carnage in the country.

The statement reads: “Nigerians are desperately yearning for concrete actions against all forms of criminalities. Silence is not golden given the most unfortunate spate of the horrendous butchery of human lives in the Nigerian state.

“The Federal Government should be seen to be proactive on security matters, as well as assure and assuage citizens’ fears at critical moments of grief. Despite the establishment of combined security forces along known routes where bandits operate, they still carry out their dastardly acts freely.

“Likewise, all other acts of arson attacks attempted jailbreaks, bomb blasts in Oyo, Kogi, Plateau, Yobe and Borno states and many of such reprehensible acts, stand condemned by the JNI.

“What really is the matter that the government has not been able to halt the operations of bandits against innocent citizens particularly in North-Western Nigeria? We are compelled to assume that government seems oblivious to the sufferings and agonies of its citizens as a result of the relentless activities of these bandits.

“Government needs to wake up as citizens are becoming more and more agitated. Government should take the bull by the horn by prosecuting promoters of hate speech and tame the rising cases of banditry in Nigeria, otherwise, it will become a norm that cannot be challenged.

“While we continue to express our sincere condolences to all the victims of these unfortunate killings, we are calling on politicians and non-governmental organisations to strengthen their cooperation and synergy to find lasting solutions to the spates of killings and destructions. We equally call on citizens to continue striving for peaceful co-existence and eschew every act of crime.”