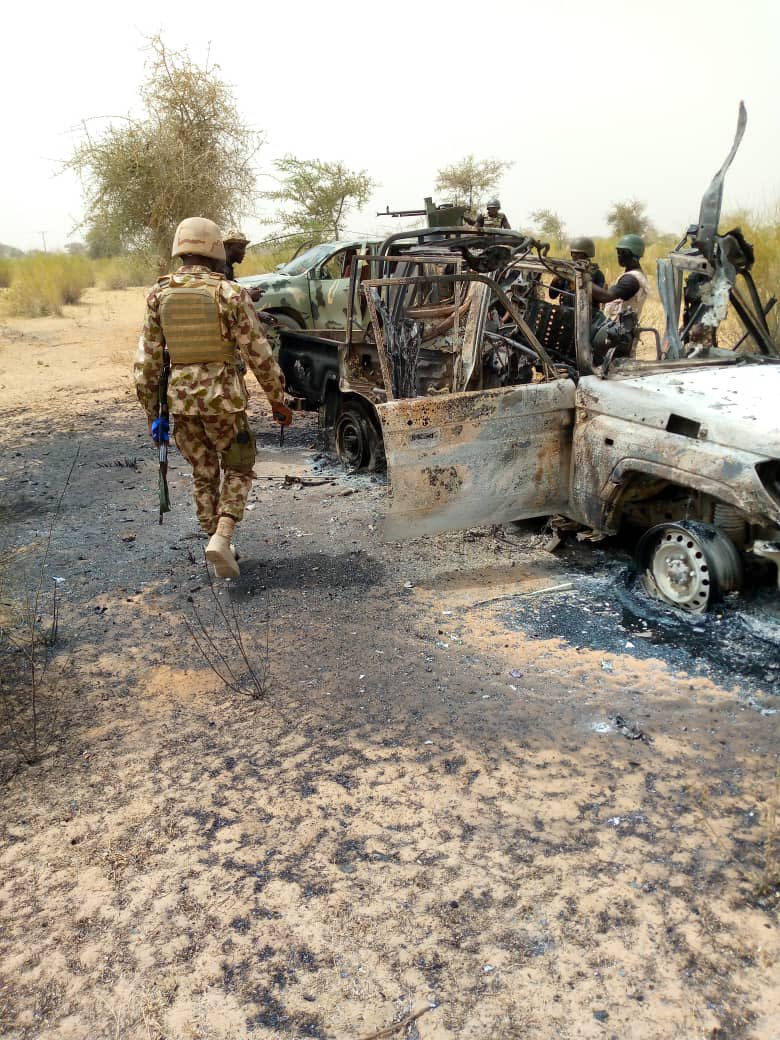 The Personal Assistant to President Muhammadu Buhari on New Media, Bashir Ahmad, has confirmed the killing of a commander of the Islamic State West Africa Province (ISWAP), Abou Sufyan, in Borno State.

Naija News had reported that Sufyan and other fighters were killed by troops of the Nigerian Military in Kusuma and Sigir towns in Marte Local Government Area of Borno State.

It was gathered that the commander and the foot soldiers were killed on Sunday during a series of airstrikes conducted by the Nigerian Air Force (NAF) component of Operation Hadin Kai on ISWAP camps along the fringes of Lake Chad.

A military source told PRNigeria that the terrorists were killed after Intelligence, Surveillance and Reconnaissance (ISR) missions showed the ISWAP fighters preparing to attack troops in the area.

The source stated that a weapon-manufacturing facility, fuel dump, armoury base and an infrastructure filled with vehicles and motorcycles were destroyed by the ATF scrambled Super Tucano aircraft.

According to the source, some of the surviving and wounded terrorists who escape are hiding under thick trees around the Arinna Sorro and Arinna Ciki areas of the state.

He, however, said the week-long sustained air offensives have impacted jihadists’ operational command and thwarted the group’s plans to carry out major attacks on the military formations in the axis.

Nothing Can Stop APC From Retaining Power In 2023 – Uzodinma