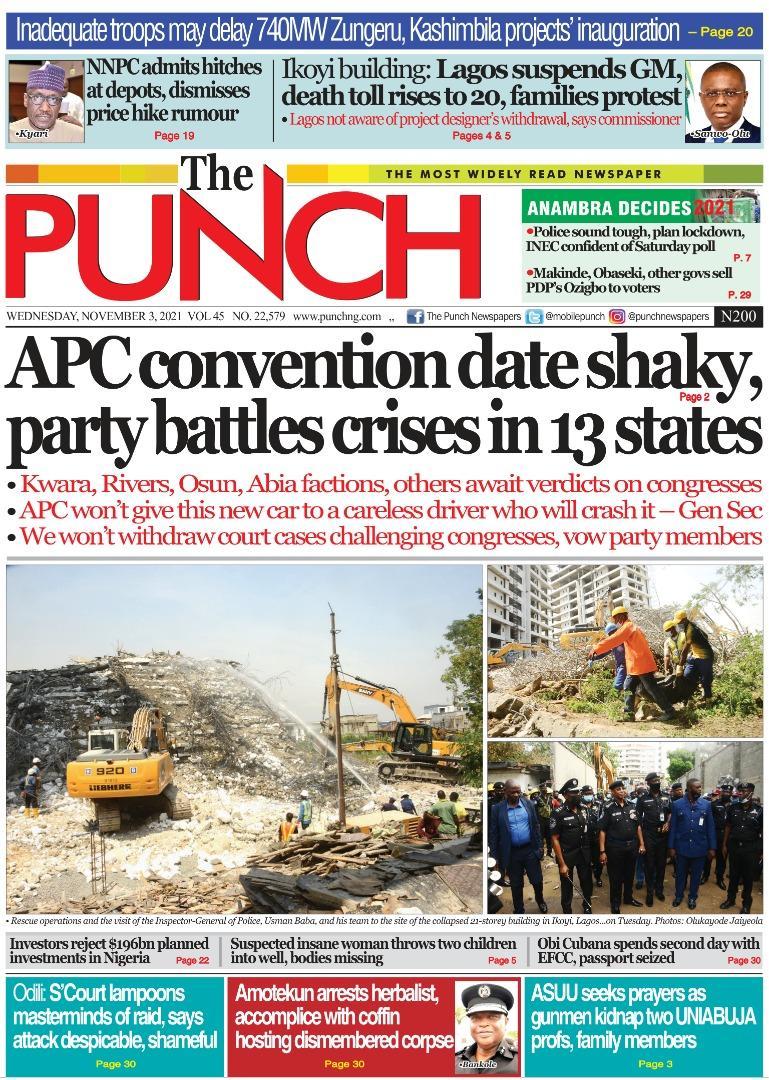 In what most industry players and consumer right groups, yesterday, described as payment for darkness, Nigerians, in the past eight years, have spent about N5.7 trillion on the supply of electricity as supply averages 4,000 megawatts, The Guardian says. 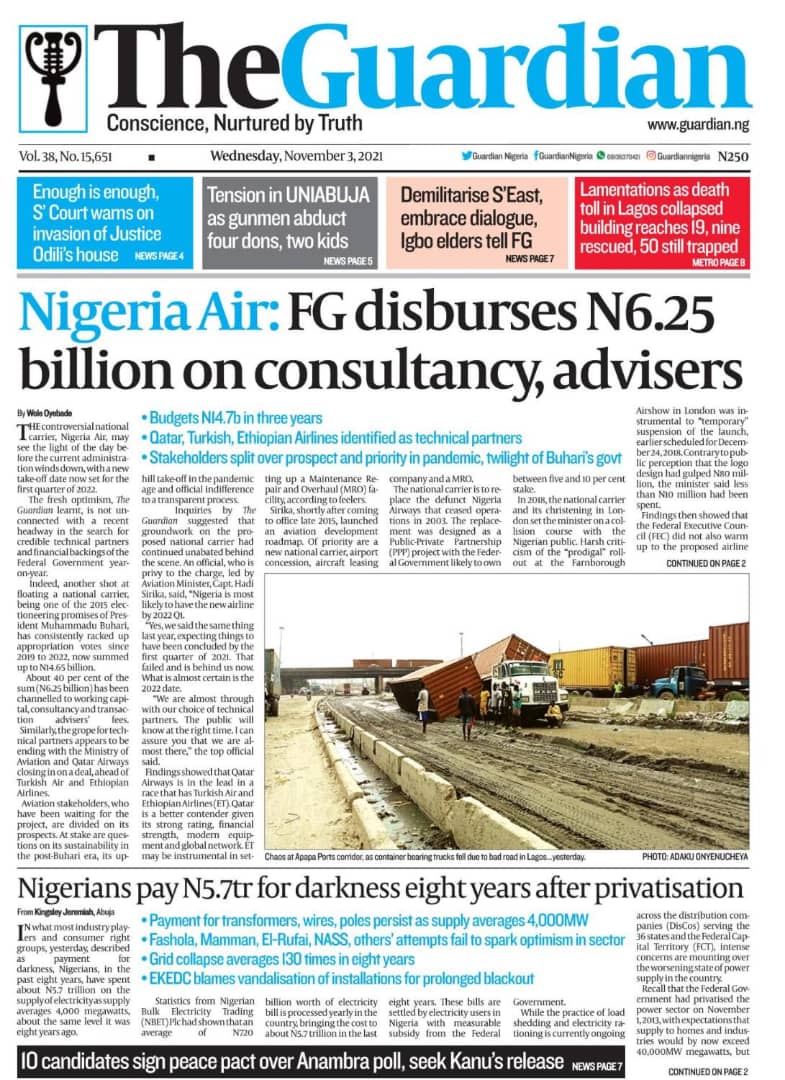 The Nation leads with family members of victims of the collapsed Ikoyi building besieged the place, some carrying photographs of their people believed to be trapped inside the rubbles. 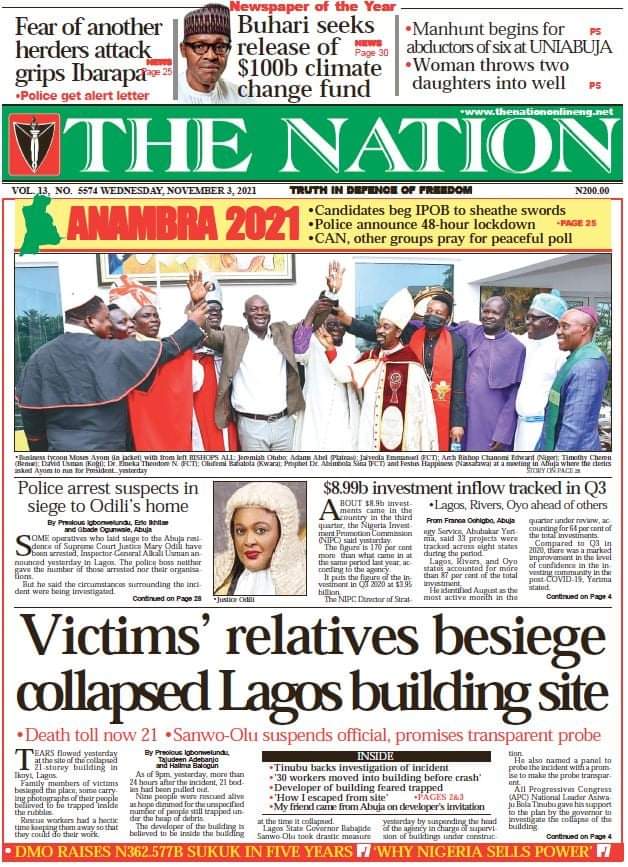 With voter apathy likely in Saturday’s governorship election in Anambra State, a situation occasioned by the palpable insecurity in the state and accentuated by IPOB, victory amongst the three big contender parties will ultimately come down to who amongst the three front runners is better able to mobilise his party’s supporters to go out and vote, This Day says. 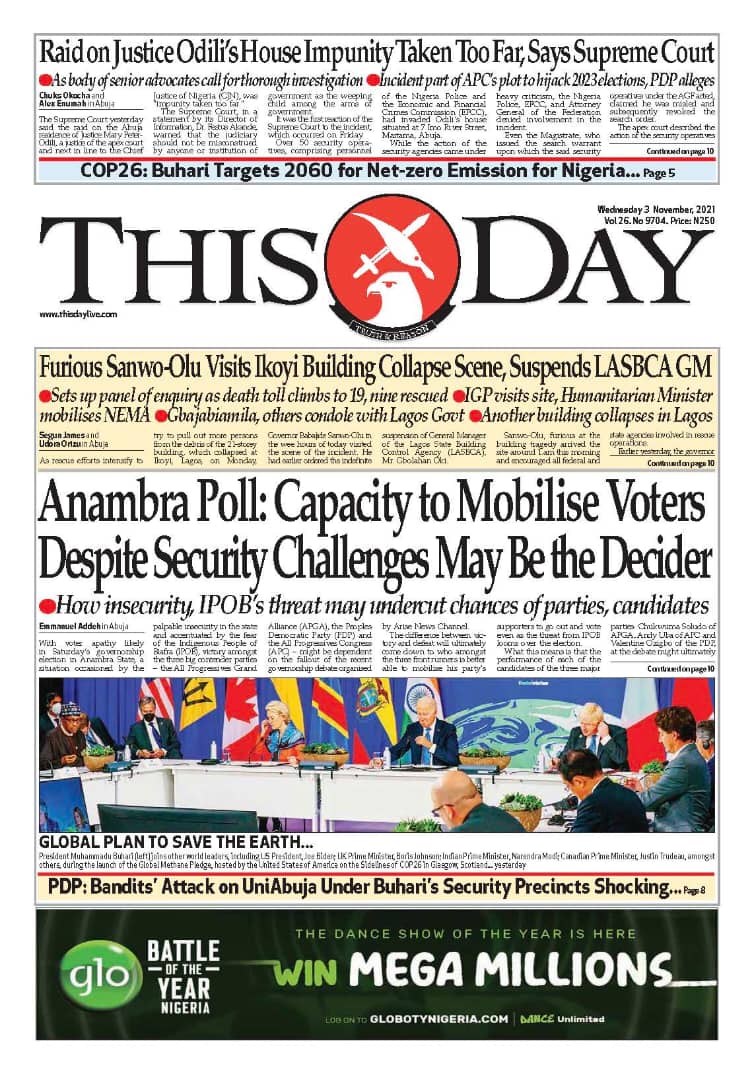 There are indications that six people kidnapped by bandits in University of Abuja staff quarters have been rescued successful, Daily Sun reports. 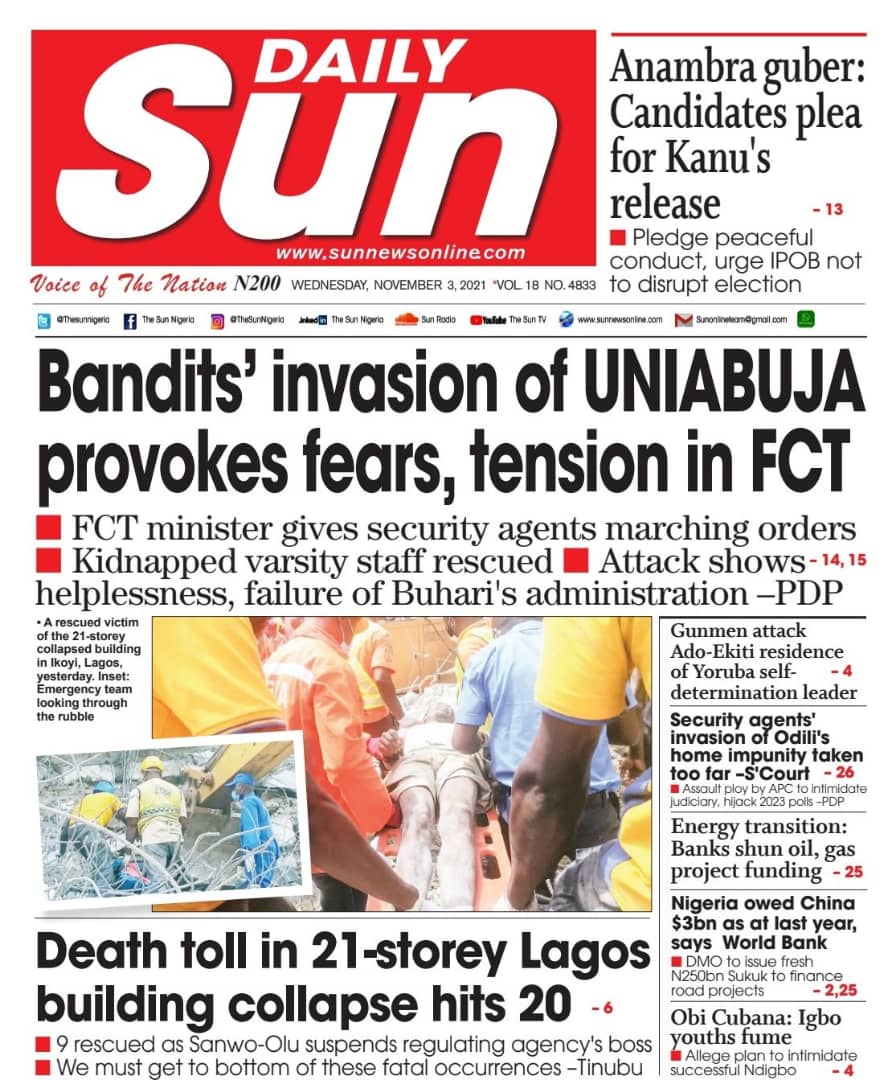 Nigerian Tribune says that thr Supreme Court, on Tuesday, in Abuja broke its silence on the alleged unlawful invasion of Justice Mary Odili residence by unknown security operatives, describing it as impunity taken too far 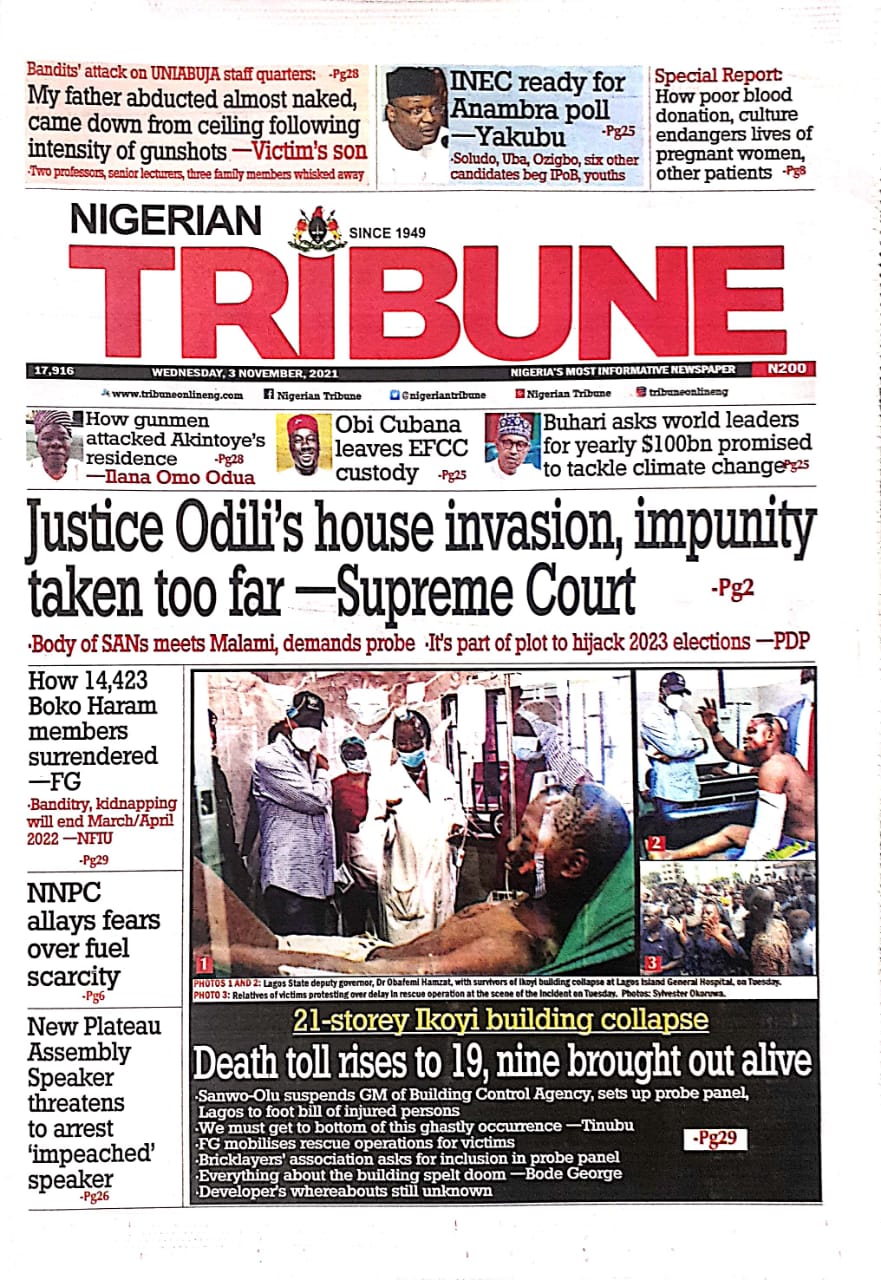 The death toll from Monday’s collapse of a 21-storey building in the Ikoyi area of Lagos, Daily Trust reports, rose to 20 on Tuesday even as more people are still trapped in the rubbles