Nigerian billionaire therapist and founder of Jaaruma Empire Limited, Hauwa Saidu Mohammed known simply as Jaruma has responded to the accusations levelled against her by Regina Daniels, a Nigeran actress who alleged that she was blackmailing her and using her image to promote her brands.

Naija News earlier reported the 21-year-old actress took to her social media to publicly call out the aphrodisiac specialist, Jaruma whilst disassociating herself from her brand. 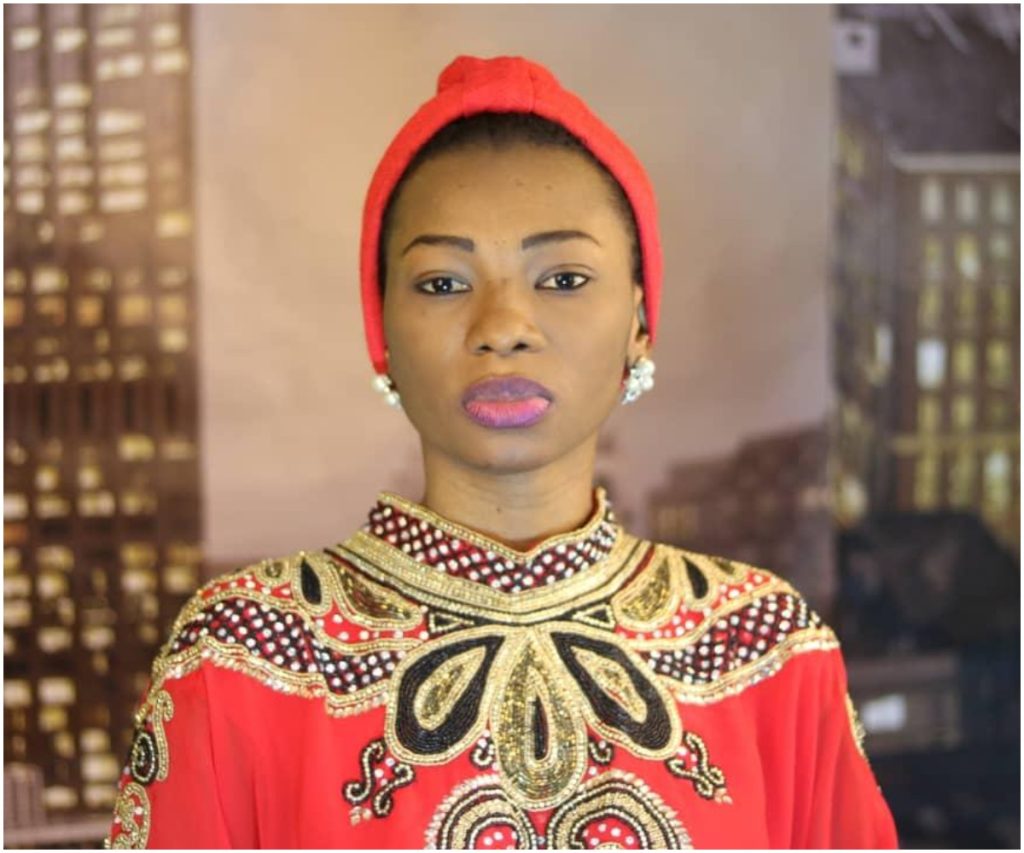 The mother of one, In a lengthy post she made, noted that she has never used any Kayanmata product, rather was only promoting it as she was paid for the random posts.

Fuming, Regina Daniels explained that Jaruma has continued to seek ways of promoting her brand through her even after their deal must have expired.

Reacting to the post, Jaruma via her Instagram narrated how she paid the actress a whooping amount of N10million naira to promote her brand based on the fact that she (Regina Daniel) got married to a rich older man.

The kayamata seller also alleged that the young actress and herself have been friends from way back even before her brand contacted her to promote her brands.

She also listed all the things she had gifted the young actress during the course of the friendship, narrating how their friendship waxed strong after she was there for the actress in her time of need.

She vowed to expose all the evidence she has that proves that Regina Daniels actually purchased and used her products. 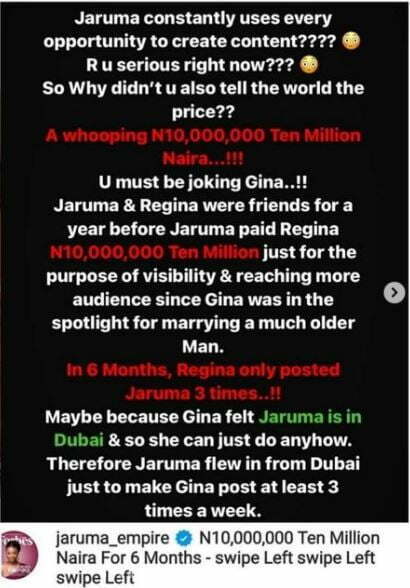 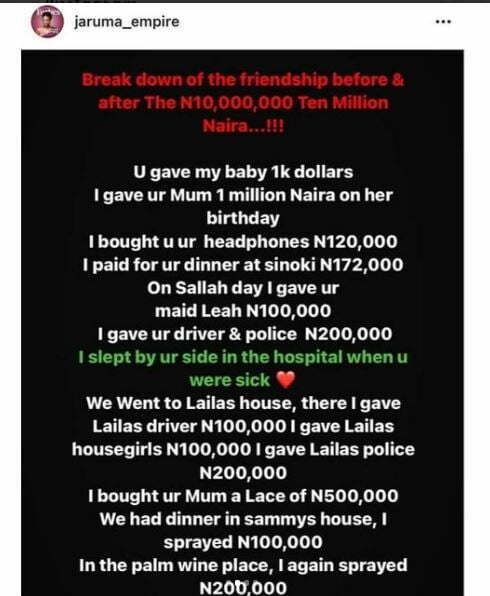 Related Topics:JarumaRegina Daniels
Up Next