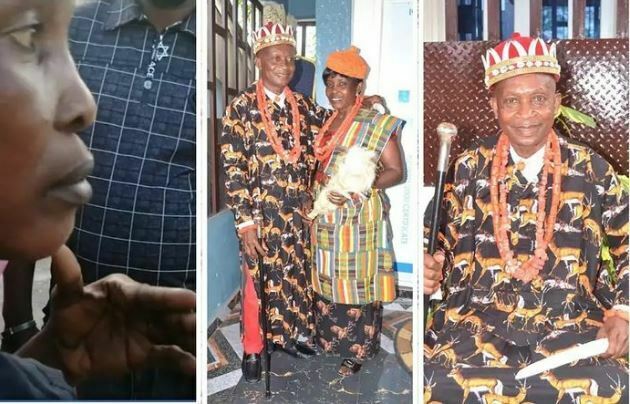 The Rivers State Police have apprehended a 51-year-old woman for hacking her husband to death during an argument in Rivers state.

Mrs. Amadi admitted to killing her husband with a machete while being paraded at the premises of the State Criminal Investigation Department on Wednesday, October 27. She revealed that the crime occurred on October 8, 2021.

The accused revealed that she killed her husband out of self-defense and that he initially planned to use the machete on her but she overpowered him and proceeded to kill him. She also stated that her husband was planning to use her and her children for rituals.

She said: “He went and brought the knife (matchet) and started dragging me and I was screaming. We started dragging the knife and I cut him on his head two times. After he fell down, I became very scared and I called my daughter and my brother-in-law to come immediately and we rushed him to the hospital but no doctor was around to attend to him. We went back home where he later died.”