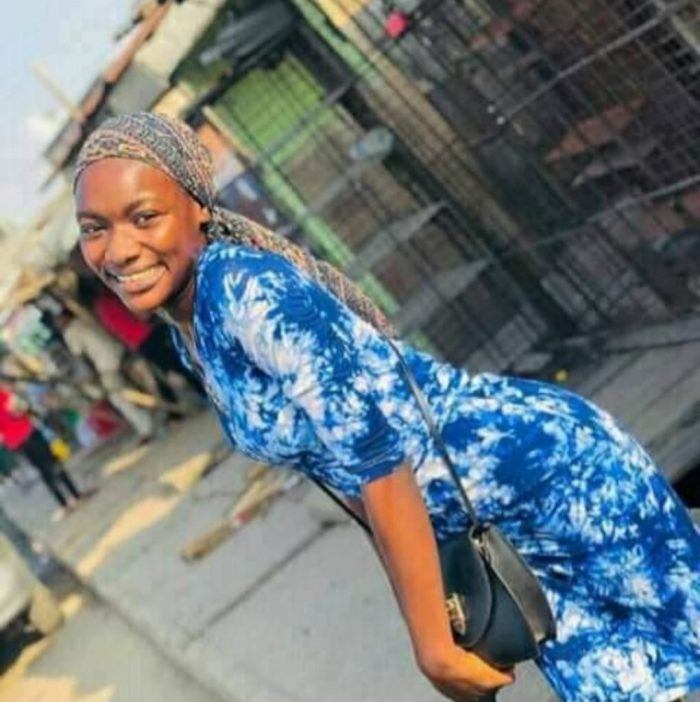 An officer of the Nigerian Police Force, Samuel Phillips, who allegedly killed an 18-year-old girl in the Ijeshatedo area of Surulere, Lagos State, has been dismissed.

Naija News reports that Monsurat Ojuade was murdered by the sergeant attached to the State Criminal Investigation and Intelligence Department, Yaba, Lagos State.

The young admission seeker who reportedly filled for Mass Communication and Accounting as her first and second choices respectively in the 2021/2022 Unified Tertiary Matriculation Examinations was allegedly hit by a stray bullet from Sgt Phillips.

It was gathered that the event happened when a team of anti-robbery officers from the SCIID reportedly stormed Mogaji Street, Ijesha, Surulere in the evening of Friday, September 10.

A community leader, Onikeku Adedayo, who spoke with journalist moments after the incident had said that one of the cops approached him and demanded what he was doing outside at a late hour of the night.

“I told him that I was in front of my house and I am a community leader. He said it was too late and I should go inside,” he said.

The community leader said himself and a few others around immediately left.

“Not less than three minutes later, I heard a gunshot. I heard the sister scream that she had been shot. The policemen fled the scene immediately,” he added.

The occurrence has been under investigation since then, Naija News understands.

Reports have now disclosed that the police has found Sgt Phillips guilty of the incident and are set to arraign him in court.

The spokesman for the Lagos State Police Command, Adekunle Ajisebutu, in a statement on titled, ‘Ijeshatedo Shooting Incident: Sgt Samuel Philipps Dismissed From Service, To Be Arraigned In Court’ said: “This is to inform the general public that Sgt Samuel Philipps who was tried for the shooting incident of 11th September 2021 that led to the death of Monsurat Ojuade has been dismissed from the Nigeria Police Force.

“He was dismissed after the conclusion of his orderly room trial. The suspect will be charged to court today for murder.”

The statement read further: “Recall that the Lagos State Commissioner of Police, Hakeem Odumosu, had promised that the matter would be properly investigated and that justice would be served. This action is, therefore, done in fulfilment of that promise.

“The Commissioner of Police further sympathises with the bereaved family, and reiterates his earlier promise that justice would be done in this case.”

Meanwhile, counsel for the Ojuade Family, Israel Mbaebie, has said that the Command should make known its findings to the public.

The lawyer also frowned at the supposed hasty arraignment of the suspect at Yaba Magistrates’ Court today.

Mbaebie in a statement titled, ‘Re: Update On The Gruesome Murder Of Monsurat Ojuade’ on Thursday, said, “We regret to note that while our clients’ demands have been totally ignored if not snubbed by the police, they have gone ahead to fix the arraignment of the alleged killer cop and only informing us just about 12 hours prior to the said arraignment.

“The gruesome and brutal murder of late Monsurat Ojuade can never be swept under the carpet. We must ensure that she and her family get the justice that they deserve and desire. Justice must be served and rightly so.”