A Nigerian man identified as unbreakable king ottoman have  taken to Facebook to lament bitterly how the sit-at-home order by the proscribed Indigenous People of Biafra (IPOB) on Monday and Tuesday last week led to the death of his sister.

According to Ottoman, his only sister, Eby Winnie who battled protracted illness for 18years, had died of renal failure after IPOB due to the sit-at-order denied her access to her usual dialysis session.

Sharing her photos, he wrote; “On behalf of my family and entire Ibe family, I regret to announce the death of the only daughter of my mother 7 days ago 15th September, 2021 after a protracted illness that lasted for 18 years in which I took charge of the management of the half of the years since 2012.

“When we thought we are winning the battle, then come a bigger challenge in the last 5 weeks with diagnosis of renal failure. We didn’t retreat, but confronted the challenges head on.

“Everything requested to help you keep going was availed to you, but the last Monday and Tuesday sit at home order by IPOB denied you access to your usual dialysis session and you lost the battle as if you never put up a fight in the first place.
“Watching you die that night was not a memorable one, and will take another long time to go off my memory. I still don’t believe you’re gone, but however, I am waiting on the Lord to see if he can bring you back like Lazarus.
“However, if is true that you’re truly gone, may your gentle soul rest in perfect peace Eby Winnie. Dear friends and family, burial plans will be unveiled shortly.”
See her photos below; 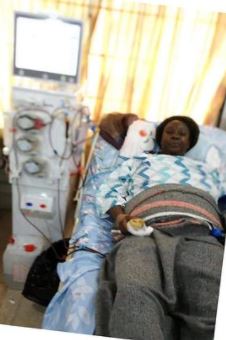 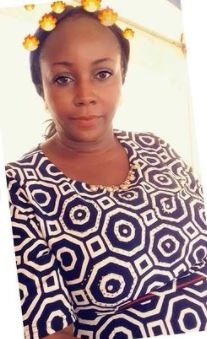