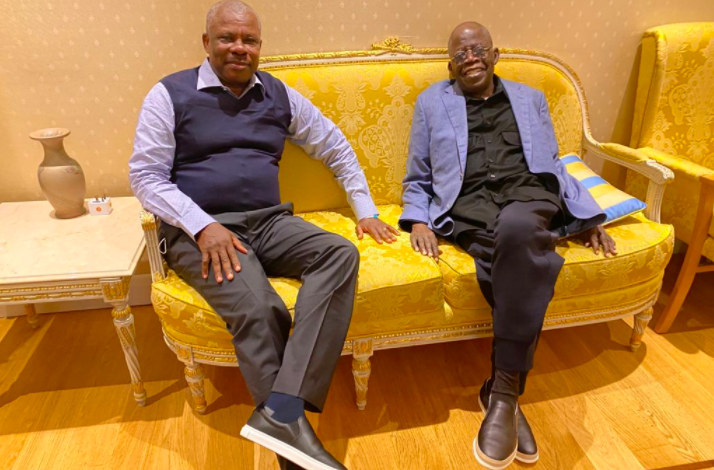 A former Governor of Ogun State, Senator Ibikunle Amosun, has joined the array of politicians who have visited the National Leader of the All Progressives Congress (APC), Bola Ahmed Tinubu in London.

Naija News reports that the Senator representing Ogun Central District in the National Assembly paid a visit to Tinubu in London on Wednesday.

The former Lagos governor has been receiving prominent politicians over the last few weeks in the UK where he is currently residing.

Some of those who have visited the APC leader include President Muhammadu Buhari, Governor Babajide Sanwo-Olu of Lagos State, Governor Kayode Fayemi of Ekiti State, Governor Rotimi Akeredolu of Ondo State.

This news platform reports that the former Lagos State Governor was said to have undergone a series of surgery on his knee.

There were claims that Tinubu had undergone another knee surgery at the John Hopkins University Hospital in Maryland, the United States.

It was gathered that the APC chieftain returned to London in the United Kingdom on crutches after undergoing the successful surgery. 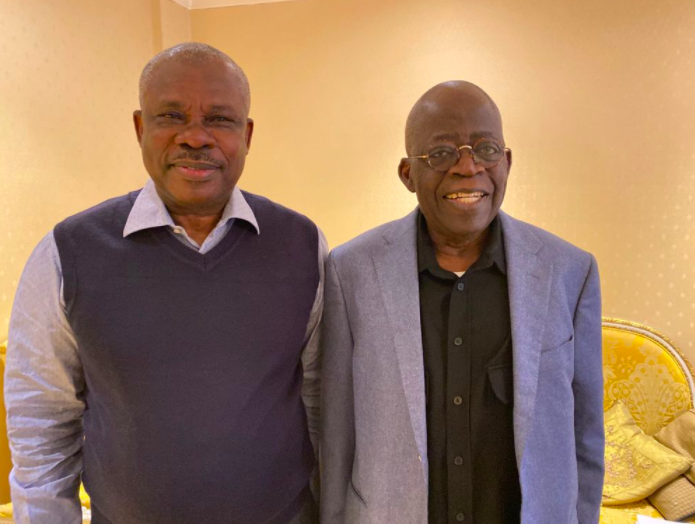